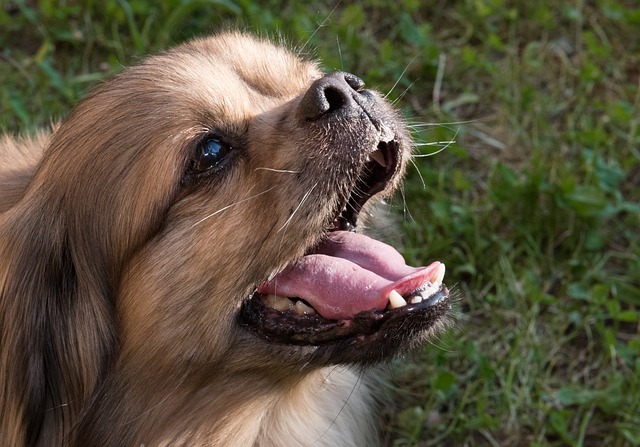 Whether you are a first-time parent or a veteran, understanding certain areas in your puppy’s life can be overwhelming. There’s a lot to monitor including his training progress, walking, feeding schedule, and housetraining.

Then there’s the issue of teething that many parents get freaked about. The teething stage is hands down one of the most excruciating both for you and the poor puppy. The nibbling, biting, and discomfort can be unsettling for you.

Knowing what to expect during teething can be helpful.

In this guide, we talk about baby teeth—specifically if your puppies do swallow them. And if they do, what happens? Should you be worried? Should you pull them out if a puppy is in pain?

First Things First, How Many Teeth Do Puppies Have?

The teeth develop at 2-4 weeks—at the start of being weaned from milk.

Baby teeth are some of the sharpest teeth in the canine world. The puppy uses them to bite on their owners, furniture, gnaw at shoes, and bite each other.

Once the 28 teeth fall out, the puppy will develop 42 adult teeth at about 3-4 months of age.

Do Puppies Swallow Their Baby Teeth?

When your puppy enters into the dreaded teething stage, you expect to find teeth all over the place. So when you don’t, it can be very concerning.

However, when you realize that your fur baby is missing a few teeth, don’t go on a rampage and search your whole house. It may just be that the adorable pet swallowed the teeth.

Generally, baby teeth will appear by the second month of your puppy’s life. Some start showing as early as one month and others a bit later. By the second month, all the deciduous teeth should be in place.

Two months later, they should start to fall out. The process starts when the teeth become loose. Then they fall out as others take their place.

The first to be lost are the incisors—the 6 front teeth used by your dog to nibble and groom themselves. Next, are the canine or fang teeth as permanent canine teeth erupt to replace them.

Puppies sometimes swallow their baby teeth unknowingly. Perhaps the tooth fell out when the puppy was eating and went down with the food. Other times, the teeth fall out when the pup is busy chewing a toy or a bone, tricking the puppy into thinking it is a treat or something.

Should you be worried?

Well, if you know a thing or two about the anatomy of a dog’s body, you probably understand that the enamel is the toughest part of the dog’s body. It is the same case with human beings and other animals.

The enamel is made of 96% mineral with the rest being water, collagen, and other compounds. Dentin follows at a close second at 70% mineral. Both of these tissues are found within the upper part of the tooth—the one that erupts.

Knowing this, it is normal to wonder what happens when the tooth goes through the digestive tract.

You will be pleased to learn that it is 100% safe for your puppy to swallow her own tooth. Because of how hard it is, the tooth will just pass through the throat and the gut to the large intestine and finally the anus. It is not digested in any way.

If you keep a close look at your dog’s waste, you will see the white little tooth after being expelled from the dog’s system.

Despite being sharp, puppy teeth do not pose any danger to the dog. There are no reports of them pricking the walls of the digestive tract or anything. They safely pass through without bringing any harm.

Not all puppies swallow their baby teeth, though. Some will fall out to the floor and others will be swallowed.

Do Puppies Lose Their Fang Teeth?

For starters, fang teeth are the sharp long teeth used to grab and hold stuff.

A puppy essentially has four fang teeth – 2 on each jaw. They are commonly called canine teeth.

Fang teeth are very conspicuous in the mouth. They are longer and sharp-pointed compared to the rest of your puppy’s teeth. They also have a close resemblance to adult’s canine teeth albeit they are smaller and sharper.

So, Do Puppies Lose Fang Teeth?

Certainly yes! A puppy loses all his baby or deciduous teeth at around four months of age.

When you notice sharp pointed teeth around your house or compound during the cleanup, just know the beauties have fallen out.

Don’t worry; they will soon be replaced by stronger, permanent counterparts bearing the same design.

Loss of fang teeth typically takes place when the puppy is 4-6 months old. Premolars are next to go usually at around the same time. Molars come in last at around 5-7 months.

Ideally, your adorable puppy should have all 42 permanent teeth by the eighth month.

Should You Pull Baby or Fang Teeth Out?

As your puppy goes through the entire teething stage (which can last up to three months), he may show signs of distress and discomfort.

If he goes about his daily activities such as drinking, eating, socializing, and exploring, you are absolutely in luck.

Else, if he is uncomfortable or in pain, you might want to give plenty of teething toys to soothe his aching gums.

It is very tempting to want to pull out the fang teeth when they loosen up. However, experts strongly warn against doing this.

This is because dog teeth, similar to human teeth, have super-long roots. When a tooth is pulled, it can cause the root to break hence leaving some of it behind, which can cause a very bad infection.

On the other hand, if baby teeth are left behind, it will cause issues when the permanent teeth want to erupt. As aforementioned, this is referred to as retained deciduous teeth—a situation where a permanent tooth comes up in the place where a deciduous tooth still sits.

When this happens, there’s a disruption in the positioning of the permanent tooth causing what is known as a “bad bite” or occlusion problem.

To be safe, pay close attention to your dog’s mouth during the teething stage.

Granted, don’t pull the fang teeth out but if you notice retained deciduous teeth, call your vet and have him safely eliminate the baby tooth.

10 Dog Bowls for Dogs with Overbites

Do Puppies Cry When Teething?

According to the American Kennel Club (AKC), teething is an incredibly painful process for your kitty.
As the old teeth fall out, the puppy’s gums will be inflamed and sore.

While some puppies go through the stage rather calmly, many more cry when playing with toys or eating. This is when they feel pain the most.

Alongside making crying noises, some pups will also act differently than normal.

You should never worry unless the puppy refuses to eat completely or acts too lethargic. If this happens, contact a veterinarian.

Do Puppies Vomit When Teething?

Vomiting in itself is not really a symptom of teething in puppies. However, an upset stomach can happen in some instances. Some dogs suffer from diarrhea and vomiting when this happens.

Vomiting can also be induced by the habit of biting and chewing anything and everything that can make the puppy sick.

With that said, your puppy should not vomit more than once a day. If she throws up several times a day, is super weak, won’t touch her food or play, take her to the vet.

A teething puppy is a lot to handle. From worrying about where missing teeth go to enduring the nipping and biting to having your furniture torn apart, any pet parent can go crazy.

However, hold on a while longer. The stage will pass sooner than you expect and your pup will become saner and calmer.

Puppy Teething Gels: Do They Work?