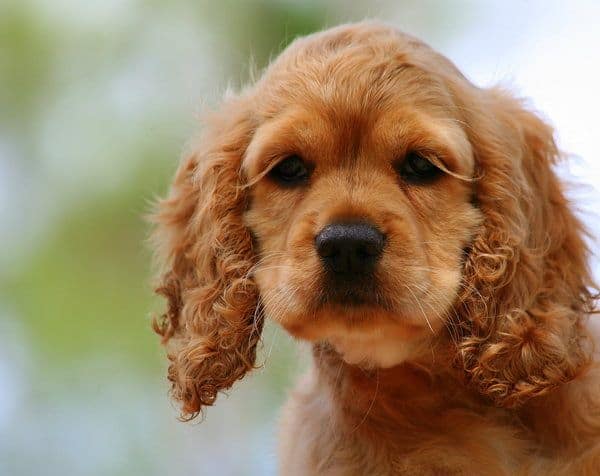 If you keep tabs on what’s trending on social media, you must already know about Mabel.

One look at her and you would imagine her as a Disney princess. The TikTok video garnered over 7.2 million views as of January 2021.

The number one reason Mabel created such a buzz is because of her strikingly long eyelashes. This is not a feature you see in most dogs.

Granted, all dogs have some kind of eyelashes but they are always much shorter.

Apparently, some of our dear pets adorn log eyelashes that inform their looks in more ways than one.

Which of these breeds fit the description? We have a list of 10 of them for you.

Why Do Some Dogs Have Long Eyelashes?

Like in all creatures, dogs need eyelashes for eye protection. The little hairs prevent things like dirt, sun rays, and debris from reaching the eye.

They basically trigger the eye to close when a harmful substance comes close.

The difference between humans and dogs is that the latter only has eyelashes on the upper eyelid only unlike us who have them both in the upper and lower eyelids.

Some dogs have long lashes while others have short ones. Often, it is long-haired breeds that have protruding eyelashes.

Without long lashes, the hairs on their bodies may hurt the dog if they cover the face.

Furthermore, they can trap dirt which may cause eye injuries.

Here is the list of breeds with long eyelashes.

Mabel is a perfect example that Cocker Spaniels have some of the longest eyelashes in the canine world.

Just before she made news across the globe, two of her kind also created their own buzz in 2019.

The dubbed “cocker twins” (Cloe and Nena) also trended for the same reason.

They became such a sensation making their owner rich and famous.

The breed is long-haired and thus has equally long lashes.

The Lhasa Apso is a long-haired breed with fur covering pretty much every part of the body. The fur is not only long but thick as well.

If not well-groomed, the hairs at the head can just as easily cover the face including the eyes.

And boy, doesn’t this dog need plenty of grooming!  You have to comb the hair with special combs to keep it neat and well-maintained.

Besides, the dog may need professional grooming to clip some of the furs and keep her looking as elegant as she should.

Lucky for her, the eyelashes are long enough to keep the harm away from the eye.

Since poodles have long hair, it doesn’t come as a surprise that they also have long eyelashes as well.

The breed is known for her beautiful curls. Because eyelashes are part of the body, they can curl as well.

As long as they don’t grow enough to hurt the eyes, there’s absolutely no need to trim them.

They actually accentuate the beauty of your already adorable pooch.

Only proceed if the lashes are causing an injury to your poor pet.

Related Post: How to Give Your Poodle a Standard Poodle Puppy Cut At Home: Quick DIY Guide.

Fourth on the list, we have the cross between the Golden retriever and the poodle or simply the Goldendoodle.

Both mom and dad have long fur on their coats and their offspring follow suit.

When you come in contact with the breed, you cannot miss the eyelashes. They are one of the most striking things about her.

Again, nature has put this in place to protect the long strands of hair from hurting the eye.

Brave, clever, feisty, energetic, and determined, the Yorkie is a big dog in a small package.

Her confidence and courage are on another level earning her the nickname “the tomboy toy”.

The breed is an excellent choice for travelers and family people.

Yorkies have long, silky, flowing coats that need a lot of grooming.

The hairs swish at the show ring in a manner that is deeply entertaining and captivating.

To keep the eyes safe at all times, the breed has to have long eyelashes.

The opposite would be a disaster. Dirt and debris can get tangled in the locks and end up in the eye.

Related Post: Parti Yorkie vs Biewer: Which One Makes the Best Furry Companion?

Like the Yorkie, the Shih Tzu is another toy breed with lots of hair on her coat.

Both breeds actually have similar physical features, especially around the face.

Facial hair can burden the eyes without long enough eyelashes.

The difference is that this lapdog is easy-going than a Yorkie.

If you can’t handle the latter but want something that is closely related, a Shih Tzu fits the bill.

A fearless and gentle dog, the Maltese also has long, flowing locks that meaning the lashes are equally long.

The silky white hair covers the entire body and falls all the way to the ground.

As she moves, she appears to float under the thick coat of fur.

Luckily, she doesn’t shed as much because of the absence of an undercoat.

Breed a Cavalier King Charles spaniel and a Poodle and you end up with a cute long-haired mix called the Cavapoo.

This cross has the looks of both sides of the family with the coat having long and curly hair.

She is popular because of her elegance and class.

Her gentle and kind temperament also makes her a sought-after breed.

Plus, Cavapoos are easy to housebreak than other small breeds not to mention they get along with all.

In addition to their cute curly coat, dogs of this breed also have long eyelashes to keep the eyes safe at all times.

By now you know the drill with Poodle mixes. Somehow, they all inherit the trait of having curly coats. The Cockerpoo is no exception.

She is the result of breeding the Poodle and the Cocker Spaniel both of which have ridiculously long hairs.

This mix is among the first designer dogs to be created.

They go as far back as the 1920s. People love them for being intelligent enough to be easily trained.

Cockapoos also forgive easily, shed very little (despite having lots of furs), love playing with kids and adults, and giving lots of kisses and cuddles.

The Old English Sheepdog is a large, agile dog famous for her peek-a-boo hairdo and profuse coat.

Despite the actual dog fur on the body, this dog also has long eyelashes.

The OES doesn’t only catch the eye but also brings some of the best qualities to the table.

She is intelligent, courageous, and kind, making him double up as a good pet and a watchdog.

As long as she gets her daily dose of physical activity, she can live in an apartment comfortably.

It is clear that long-haired dogs are the ones with long eyelashes.

This way, the lashes can do the job they are supposed to do without fur interference.

Before owning one of these, it might be a great idea to know that the lashes may need trimming from time to time.