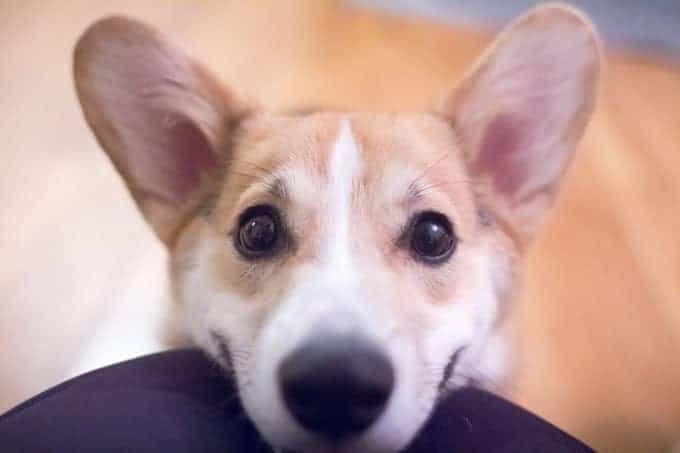 When looking for a dog, you will be bombarded with endless options.

According to the Federation Cynologique Internationale (FCI), there are 354 dog breeds in the world. These are the ones recognized by the international canine body. There are more breeds out there that don’t meet the qualifications of the FCI.

Once you decide to add a pet to your home, you will need to make plenty of decisions, including the size, breed, gender, coat type, color, and more.

You may also decide to choose a dog based on the shape of the ears.

Here, you will also have a few options to consider. There are those with floppy ears like the Basset hound and those with bat ears.

If you like the latter category, you are in luck today. We have listed 12 dog breeds with bat ears.

The German shepherd or GSD is a lovable dog with a good reputation.

She is popular mainly for her amazing working abilities. From sniffing drugs at the borders and airports to fighting along with human troops to offering therapeutic services in hospitals, the GSD can do it all.

One of the most notable features of the breed is her huge pointy ears. It is what gives the breed its regal looks that we love so much.

The ears make her appear alert and aware of her surroundings at all times.

At birth, German shepherds feature floppy ears but as they grow up, the ears stand up and remain that way until the end of life.

Also called the ‘Frankenweenie”, the Bull terrier is another breed with bat ears.

The original bull terriers actually had floppy ears. However, with the introduction of ear cropping, the breed’s ear shape changed to pointy.

Even after some countries banned ear cropping, the breed retained its new look and is rocking it to this day.

Besides their bat ears, bull terriers are known for their playful, charming, and affectionate dispositions.

If you are looking for a pet that loves every member of the family (including strangers) and requires very little in the way of maintenance, Bull Terrier fits the bill.

This toy breed of a dog may be small but her ears are quite the contrary. They certainly steal the attention almost every time.

The ears are larger in proportion to the dog’s head and body.

When she is attentive, the ears become even more erect.

Unfortunately, some Chis need help to get their ears to stand upright. This type doesn’t develop strong enough muscles to push the ears upwards.

In such a case, taping and other techniques of stimulating standing always come in handy.

The Australian cattle dog is an intelligent and active dog breed.

As the name suggests, the pooch was bred to herd livestock in Australia.

Although it is now domesticated, some people still put her to work in their cattle ranches.

The breed is strong and agile, making her great for watching over sheep and cattle.

She can chase down any animal that brings danger to the livestock.

The breed can also hunt when she’s required to.

Her ears are upright and erect like those of a corgi.

Speaking of the corgi, this is also among the top dog breeds with bat ears.

Both the Pembroke Welsh Corgi and the Cardigan Welsh Corgi have ears that point to the sky.

This, combined with their fox-like appearance, makes the breed incredibly cute.

They are born with floppy ears like most breeds on this list but as their muscles gain enough strength, the ears become erect. This happens at around 8 weeks with some taking more time than others.

Either way, this royal dog is lovable in more ways than one. This is why Queen Elizabeth II has owned more than 30 of them in her lifetime.

Corgis are cute and have the best characters in the world.

Sable Corgi: Facts You Need To Know Before Owning This Ebony Beauty

The rat terrier is a small feisty breed known for having a high prey drive.

No doubt, he can chase after rats, birds, moving cars, and pretty much anything that moves at home.

He was named a rat terrier as he was bred to hunt jackrabbits in the Midwest. In other areas, the breed was kept in farms to keep squirrels and other small mammals away.

Now, the breed is an affectionate little pet that bonds with the family deeply.

While most rat terriers have bat ears, others have floppy ears and others button ears.

Each type comes in handy during hunting and doesn’t make one lesser characteristic than another.

Are Rat Terriers Smart? Here’s Why They Rank High for Dog Intelligence

Like the rat terrier, the Portuguese Podengo is a renowned hunting breed from Portugal.

The larger variety was mainly developed to hunt big game like the boar and deer while the small one was bred to hunt rabbits.

Both versions have pointy ears that help them during the hunt. This coupled with their agile bodies and intelligent minds make Podengos excellent hunters are pets.

The Basenji or the ‘African barkless’ dog is a unique breed originating from the continent of Africa.

The dog is known for many things, one of which is her inability to bark like her counterparts.

The Basenji is typically the only breed that cannot bark. Instead, she yodels, growls, howls, and makes a range of other human-like noises to communicate.

The breed is also known for her glistening short coat, wrinkled forehead, curled tail, signature bat ears, and expressive almond eyes. Her body is muscular with a slightly light build.

Looks aside, the Basenji is full of affection towards the family but not strangers.

She loves to chase (although she may not fetch), hang out with the family and just be silly.

Back in the day, the Belgian Malinois had only one job – herding cattle.

He was bred in Belgium to watch over large herds of livestock.

Thanks to his stamina, agility, fearlessness, and intelligence, the breed excelled at his job.

Nowadays, he does police and military work for the most part and does an equally good job.

He also watches over the family when he is put to the task or just hangs with his owners without doing much.

A Belgian Malinois has floppy ears as a puppy but after a few weeks of life, the ears will become erect and pointed.

The Berger Picard is a rather rare dog but one that deserves more attention.

The place of origin is Picardy in France where the breed was developed to herd livestock.

He is right for you if you are after assertive, intelligent, mellow, energetic, and mellow dogs.

Berger Picards love children a lot and can adjust to pretty much any living situation.

As long as they get enough daily activity and consistent training by a firm leader, they will exceed your expectations.

Commonly referred to as the American Gentleman, the Boston terrier is a gentle, beautiful, and affectionate dog breed.

His tuxedo-like markings make him look like he is wearing some kind of a suit.

The breed has one of the best temperaments in the world. He is happy to show affection by snuggling with you and touching you. His affectionate nature never really gets old.

The chest is broad, the neck arched, and the back elongated.

Overall, this toy dog is easy on the eyes and sweet to own.

The French bulldog or Frenchie is a perfect companion for people looking for a stunning, loyal, affectionate, low-maintenance dog with bat ears.

The breed is big on affection. No matter your family’s setup (older kids, young kids, aged persons, pets, etc.), the dog will love everybody.

Don’t expect her to ward off strangers, though. Instead, she will lovingly welcome them home.

With a short smooth coat, her grooming requirements are less. Simply brush her once a week to keep loose hairs off your furniture and rugs.

What’s more, the Frenchie is laid back and doesn’t need plenty of daily activity to thrive.

The list could be longer but these are the leading ones to consider if you are into pointy ears.

Now you have a large pool to pick from. Make the right choice!