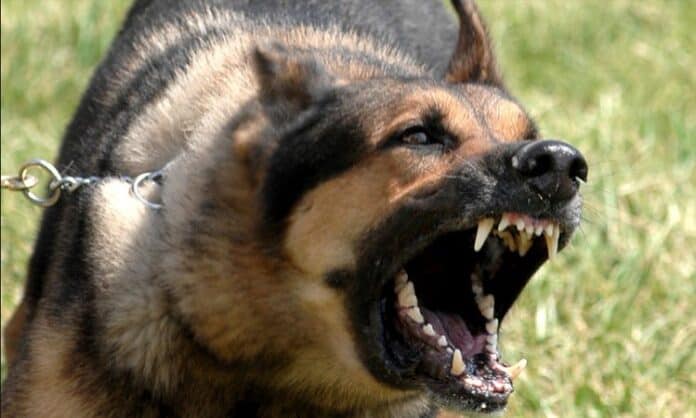 Dogs are awesome creatures. They add so much value to humans that they have clinched the title of “man’s best friend.”

However, they can also be quite deadly. In most instances, canines bite their owners or strangers because of fear.

Their defense mechanism is putting their teeth into action. When threatened or startled, doggies can also deliver their bite forces.

Others do it to protect those they love, their food, or toys. In rare cases, a dog can bite during play perhaps out of excitement.

No matter the case, dog attacks are not anything to smile about. Thousands of people have lost their lives to them.

Some die from injury caused by the actual attack while others succumb to rabies got from the dog.

In the spirit of keeping you in tabs with the newest in the canine world, we have the latest bite statistics and we have listed them by breed.

Also known simply as the Pitbull, the American pitbull terrier is known worldwide as the most aggressive dog breed.

Over the years, the breed has attacked more people and animals than any other.

Several first-world countries including the United Kingdom have actually banned it. If you live in such countries, you cannot own a Pittie as a domestic pet. The breed is only used as a working or service dog.

The thing that makes Pitbull attacks puzzling is that the breed population is only 5.8% in the United States.

There are approximately 4.5 million pitbulls in the United States. Yet it accounts for the highest number of attacks since the early 1970s to date.

This is in comparison to Rottweiler’s 45 and German shepherd’s 20.

In terms of percentages, Pitbulls accounted for 76% of total fatal attacks during this period.

For the sake of comparison, other close breeds namely the German shepherd and American bulldog each led to 2 deaths only.

Here’s some good news though, Pitbulls are often misjudged in the world. According to the American Temperament Tests Society, 87.4% of the American Pitbull terrier dogs passed the temperament test.

The fact that 931 pit bulls performed exceptionally well gives hope for the breed.

Second on the list of the most aggressive dogs is the cute and charming Rottweiler.

In 2021 alone, the breed killed five people in the US within the first 242 days of the year.

Four of these were toddlers and a 91-yeard old lady from Michigan.

Since 1982, Rottweilers have been a part of 119 killings of both kids and children. The deaths came about as a result of 627 attacks on both kids and adults.

There are a few factors that contribute to a Rottie’s tendency to bite.

For one, this breed is highly territorial. It is a guard dog breed with a strong instinct to protect the home.

He goes to great lengths to safeguard whatever belongs to him. This includes his family members, food, water, toys, and space.

Rottweilers are also large and powerful—two things that contribute to their aggressive nature.

German shepherds are not your typical aggressive dog breeds but they have participated in dog attacks over the years as well.

German shepherds are loyal and loving but if they are not trained properly, they are likely to display aggressive tendencies.

Those in the military and police facilities are deliberately trained to be aggressive if they are commanded to do so.

The good thing with a GSD is that it is a very intelligent dog and one that can be trained to not hurt people and animals aggressively.

Chihuahuas might be tiny and innocent but they are also notorious for biting.

These tiny dogs have a bite force of 3900 PSI and are known for biting when grooming or when at the vet.

Chihuahuas are in fact rated as more aggressive and would therefore be more dangerous than Pitbulls because of their propensity of biting when they feel rattled even to the smallest degree.

Thankfully, these dogs are less likely to bite children – studies show that they only account for 4.2% of dog bites in children.

Children are the most vulnerable because they cannot defend themselves. Research shows that children are 50% more likely to be bitten by a dog than adults.

The children are typically bitten by their family dogs although there are also cases of children being bitten by their neighbors’ dogs. For adolescent children, the bites are usually from unknown dogs.

Additionally, male children are statistically more likely to be bitten than female children.

Your personality can also determine if you are more likely to be bitten or not. For instance, there is a 22% more likelihood for a dog biting a fearful and nervous person.

A 2019 study also found that postal workers were more prone to dog attacks than any other professionals.

The United States Postal Service documented a total of 5803 dog attacks on their employees. This could be because dogs are territorial and they consider the postal workers as trespassers.

It would also be safe to infer that landscapers, meter readers, and food delivery personnel are also just as much attacked.

To sum it up, most of the dog bites that are reported may not need medical attention. This is because the majority of them are accidental, e.g. when a dog accidentally bites someone when they are playing.

That said, you should still get any dog bite checked by the doctor just to ensure you are not infected with rabies.

How Strong Are Dog’s Teeth?