Home Breeds 7 Dog Breeds that Get Along with Pit Bulls 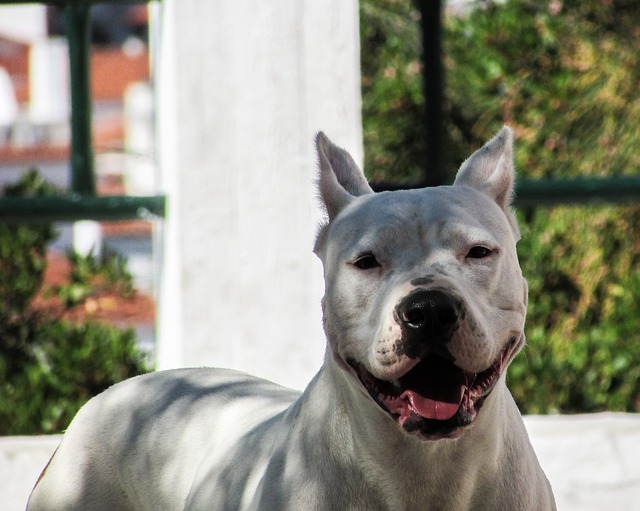 Mean, tenacious, ferocious, stubborn, vicious, terriers… these are some of the common terms associated with Pit Bulls. This breed bears a bad name both to man and other dogs.

See, Pits were bred in England to hunt prey and fight with each other. This is why they can be rather aggressive towards other pets around the home.

However, if a Pit Bull is socialized early and trained properly, he can peacefully co-exist with other canines.

In this guide, we take you through some of the breeds that get along with Pit Bulls. This list will also benefit you if you already have a dog at home and want to add a Pit or vice versa.

Also called the ‘African Barkless Dog” a Basenji never barks. That’s right, never! His larynx is too shallow to allow the vocal folds to make a barking noise.

When he needs to say something, he will make a sound known as yodeling.

If you know Pit Bulls very well, they don’t like dogs with an aggressive and barking nature like them. This is why a Basenji would get along with a Pit Bull very well.

Plus, a Basenji is fiercely independent, meaning he will likely keep to himself most of the time. This reduces the likelihood of butting heads with the terrier dog.

As a bonus, this breed is clean, odorless, good with children, and generally affectionate.

The second breed that gets along with Pit Bulls is the small and energetic Cocker Spaniel.

Unlike the Basenji, this breed loves to play with both people and other dogs. His happy, gentle, and charming personality makes him easy to relate with Pit Bulls and other dogs in general.

A Cocker Spaniel will encourage other dogs to play and live on the coke side of life.

Both the German shepherds and Pit Bulls are hard-headed and tenacious. Putting these two breeds together can spell disaster but not if you introduce them properly.

Frankly, a German shepherd is often easy with other pets because he oozes happiness, loyalty, and good vibes. He’s also very adaptable and flexible to different living situations.

Everyone has got to love a dog that enjoys running around and living life to the fullest—yes even a Pit Bull.

Just keep a close eye on both dogs within the first few weeks to be sure no stupid fights ensue between them.

Being pack dogs, English foxhounds love being around other dogs. If you own one, you have probably noticed this already.

They tend to develop destructive behavior if they are left alone for too long. Because of this, an English Foxhound can get along with a Pit Bull quite easily.

It is highly unlikely that he will become aggressive or tensed around the Pittie or any other dog for that matter.

He’s also good around humans but prefers the company of other canines much better.

The Basset Hound is a gentle, friendly, and easy-going breed. Like the English foxhound, this dog enjoys the company of other dogs immensely. This is because he was developed to hunt in packs.

Besides being a huge fan of dogs, the Basset Hound fancies a low-key and happy lifestyle.

Unless absolutely necessary, this breed would prefer to not bark and make too much noise. This relaxed nature is the reason he can live peaceably with an aggressive breed such as the Pit Bull.

If you can handle the drooling and huge training requirements, you will end up with a good friend for your Pittie.

Related Post: Is a Basset Hound Chihuahua Mix Right for You?

Love both the Beagle and Pit Bull and want to make them members of your family? Well, you are absolutely in luck as both breeds can live under one roof without tearing each other apart.

The Beagle has a gentle and friendly temperament. Whether he is hanging out with man or animal, these traits often reveal themselves.

He is also a pack dog and loves spending time with other dogs.

Plus, he has a much smaller build compared to a Pit Bull and therefore doesn’t intimidate the American Terrier the least bit.

The golden-retriever is an affectionate and even-tempered dog with about the same weight as a Pit Bull. This dog may be playful but he tends to be gentle around kids.

He also feels very comfortable around other pets including dogs. This is a big deal because the opposite (tension, stress, and anxiety) is what tends to aggravate Pit Bulls.

Consider carrying this kind of socialization early enough and throughout your pits life to avoid any issue later on.

What You Should Expect From a 6 Month Old Golden Retriever

Fluffy vs. Non-Fluffy Golden Retriever: What You Should Know When Getting a New Puppy

Blockhead vs. Slender Head Golden Retrievers: What You Should Know When Getting a New Puppy.

Quick Tips for Cohabiting a Pit Bull with Other Dog Breeds

Although Pit Bulls can be aggressive, they can get along with other dogs and live in a house with multiple pets without any issues.

However, it is important to be informed and prepared when it comes to cohabitating Pits with other dog breeds, especially around the time you bring the new companion into your home.

The above-highlighted are some of the breeds that get along with Pit Bulls as well as some of the tips that you can leverage when you are trying to cohabit Pits with other dog breeds.

As usual, start socialization and training early enough. If you don’t, even the dogs on this list might not see eye to eye with a Pit Bull.

As a closing note, stay away from cohabiting Pits with other aggressive breeds such as the Rottweillers, Boxer, Chow Chows, Doberman, Tosa, and Dalmatian. 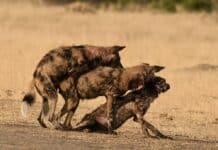 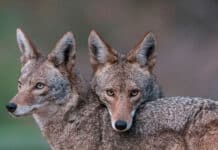