Home FAQs How Much Does It Cost to Crop a Doberman’s Ears? 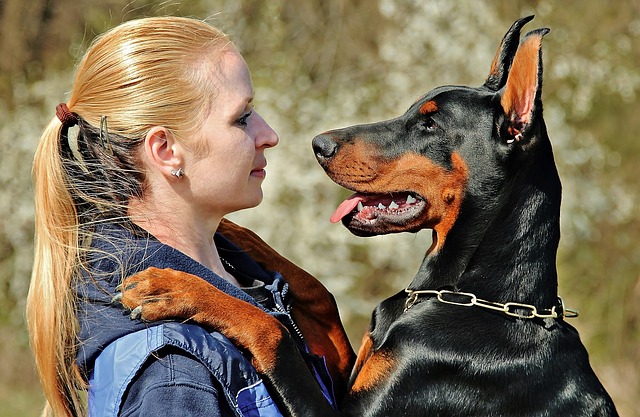 Ear cropping in canines is not a new trend. It has been around for centuries if not millennia. Back in the day, cropping was performed on dogs to stop attackers from clutching onto them. Another reason was to boost sound localization and their health. However, pet owners today crop their dogs’ ears primarily for aesthetic reasons.

Dobermans are especially known for being excellent targets for ear cropping. Since their ears are floppy in nature, they are a perfect breed for ear cropping to erect them. The whole issue of cropping a canine’s ears for its looks is quite controversial. Certain animal rights groups have come up to preach against the practice claiming it is inhumane but cropping is still very much a reality.

How Is Ear Cropping Done?

Dog ear cropping is an invasive surgical procedure carried out by a licensed and certified veterinarian. Basically, the vet puts the dog on general anesthesia and clips his ear’s outer tissue so the membrane can erect. Ears are full of nerve endings, so a dog would be exposed to a lot of pain without the anesthesia. The vet gets rid of about 2/3rd of the pinna or as we know it, the floppy region of the ears. Ear cropping is done anywhere between 8 and 10 weeks of age. Some vets can pull the job off if the puppy is 12 weeks old but anything past that is not possible as the membrane would have hardened beyond the required limit.

How Much Is Doberman Ear Cropping?

This largely depends on your pup’s breeder. Reputable breeders charge $300 – $600 to crop a Doberman’s ears. There are cheaper ones who ask as little as $150 for ear cropping. While you can get away with the latter option, it is always a good idea to ensure quality. If you work with a quark or inexperienced vet, you could ruin your dog’s life forever.

As a rule of thumb, a cost of $300 is fair. Some vets offer additional services such as post-op care and medication, bringing the cost higher. Lucky for you, most breeders crop Dobermans’ ears before selling them. Expectedly, you will pay more for one with erect ears than one with floppy ears. Besides working with a reputable vet, you need to buy your puppy from a licensed breeder. There are a ton of genetic diseases out there that Dobermans are associated with. You don’t want trouble in the future.

Another factor that affects the cost of cropping a Doberman’s ears is your geographical location. If you live in a high-end neighborhood, you might have to cough out more cash than your friend in a rather affordable location. Finally, the response of your Doberman to the procedure, his recovery time, and complications (or lack thereof) also affects the cost of cropping in more ways than one.

If you know a thing or two about dog ear cropping, you are probably aware that there are myriad designs of cropping acceptable in the dog world today. Ideally, there are four main types as follows:

What to Expect Before and After the Procedure

Before surgery, your dog will undergo pre-op tests to know her age and health condition. Part of the tests includes blood, a clotting exam, and a pre-op chemistry panel. Once the vet gives your dog a green light for surgery, he will administer general anesthesia to knock him out, relax his muscles, and reduce pain. The procedure can either be done using laser technology or manually. The former is unsurprisingly expensive since it is minimally-invasive.

After surgery, the vet will put a cone on your Doberman to keep him from touching and licking the fresh wound. Once the stitches dry out (mostly after a week), you will be required to bring your canine back to the vet to have them removed.

Related Post: How Long Should A Dog Wear Cone After Surgery?

There you have it; the cost of cropping a Doberman’s ears. With the price range in mind, always resort to working with the right vet lest something goes awfully wrong in the operating room. 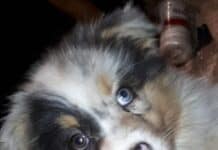 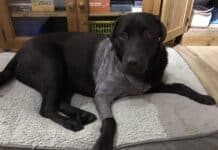 How Long Does It Take For Dog Fur To Grow Back After Surgery? 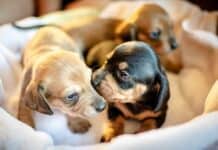