Home Tips & Tricks How to Crop Dog Ears at Home 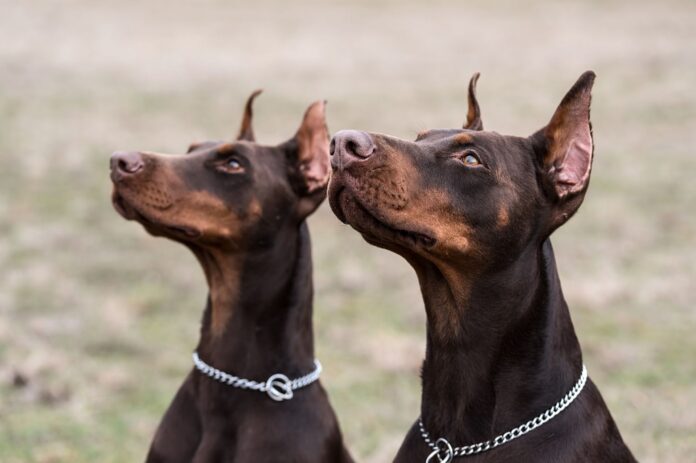 Most Doberman Pinchers have cute upright ears and docked tails.

The breed should bear such an appearance, well according to many people. The idea of having a Dobie with hanging ears and a long tail is a strange affair to them.

Ear cropping doesn’t happen to Dobies only. Other common breeds that have their ear pinna chopped off are Boston Terriers, Great Danes, Boxers, Pit Bulls, Miniature Pinschers, and Schnauzers. These breeds feature a traditional look that constitutes a huge part of their past.

To keep the standard appearance, some pet parents choose to do ear cropping.

Granted, ear cropping is best performed at a dog hospital by a trained and licensed vet but you can do it at home as well.

In this guide, we take you through the entire process and a few extra tips.

What Is Ear Cropping?

Simply put, ear cropping is a surgical procedure in which a dog’s ears are modified.

A vet cuts part of ear pinna (or the floppy part) and re-shapes it with the end result being erect ears.

The invasive procedure is performed on an anesthetized dog between 6 and 12 weeks of age.

After cropping, the remaining part of the ears is fastened to a tough vertical surface for a number of weeks until the ears remain upright.

In ancient times, the practice of reducing and reshaping a canine’s ear was majorly done for safety reasons.

If your dog had hanging ears, he was an easy target for the enemy. The attacker could easily grab onto the ear leather using their jaws and overpower the dog.

This was particularly true for canines that participated in dogfighting events. Being that a large part of the pinna is literally inexistent, the opponent had very little to grapple with.

Ear cropping was also carried out to avert infections.

Today, dog owners who go this route do it to achieve a breed standard or just modify the appearance of their pup for their pleasure.

Pet parents who crop their pup’s ears defend their choice with the usual infection prevention principle.

Hanging ears are thought to attract moisture and heat on the inside which inevitably invites infection.

Ear cropping chops off the excess skin and does away with the problem of heating and moisture.

However, it has been shown that taking away part of the ear doesn’t really provide a solution. Both cropped and droopy ears show no difference as far as ear infections is concerned.

Plus, most of the dog breeds that are notorious for ear cropping aren’t even prone to ear cropping in the first place.

So, the whole idea of cropping to reduce ear infections is subjective.

It is fairly easy to clean cropped ears than saggy ones.

Also, with the absence of most of the leather, less dirt and moisture find their way to your pup’s ears.

The cropped ear resembles the natural shape of a dog’s ear. Because of that, a Fido with erect ears may have an easy time detecting sounds because they are localized.

If your dog is always out hunting or participating in dog fights, trimming his ears off may help keep him safer.

Other dogs or animals won’t have plenty of excess skin to grab or bite into.

The chance of an injury on the leather is practically low.

Ear cropping is a sensitive topic in the dog world.

Some people strongly believe it is unnecessary and actually does more harm than good.

On the opposite side of the spectrum, there are pet parents that don’t have any quarrels with it at all.

As a matter of fact, a number of countries don’t allow it completely. These include the U.K. Australia and other parts of Europe.

The surgical procedure is legal in the U.S. although a number of states have drafted legislation to stop it but none has gone through.

However, the American Veterinary Medical Association (AVMA) strongly opposes it terming it as unnecessary and harmful.

So does it hurt a dog?

Well, there are two sides to the coin here…

Most canines with cropped ears don’t develop any issues whatsoever. During the actual procedure, they are unconscious and feel no pain at all.

After the surgical procedure, the dog is often put on painkillers and antibiotics and given time to heal.

Healing takes a number of weeks after which the canine returns to normalcy.

Obviously, he will take time to get used to having tiny ears but he will eventually adapt.

On a less-positive side of things, ear cropping can have adverse effects on the canine.

Once in a while, the surgical area can develop infections and may need to be amputated if symptoms persist.

Then there’s the psychological torture that your pup may have to deal with for the rest of his life.

Surgery stresses the poor dog as he doesn’t know what is happening to him.

The recovery process can also be overwhelming.

If you are unlucky, the procedure might cause him to develop fear and anxiety towards vets and dog hospitals.

How to Crop Your Dog’s Ears At Home

Ear cropping is an invasive surgical procedure. As such, it is HIGHLY RECOMMENDED to have an EXPERIENCED AND LICENSED VET do it.

However, the procedure can also be done at home, especially by following the RIGHT INSTRUCTIONS AND EXERCISING A LOT OF CAUTION.

If you think you have what it takes to do the procedure, here is a step-by-step instructions to follow:

1. The Right Age to Crop

Before buying any essentials, there are things to keep in mind.

For one, make sure your puppy’s age is right before taking him through the procedure.

Ideally, he shouldn’t be under 7 weeks and not over 12 weeks.

After week 16, the tissue in the ears may have permanently formed that getting the ears to stand upright is impossible.

A puppy that’s younger than 7 weeks old has immature cartilage.

While you can get your pup’s ears cropped at any age, it is important to keep in mind that the process is more traumatic and painful for older dogs.

Whether you are trimming the ears of a Doberman Pinscher, a Boxer, or Pitbull, there are different styles to choose from.

You can choose a long crop that leaves more than half of the ear.

The show crop is relatively shorter than the long crop but longer than the short crop which is much lower in length.

The last style, the battle crop is pretty much everything except a small piece of the ear.

The style chosen should depend on the goal of the crop, his skull’s shape, and the firmness of the ear.

Research and check out actual dogs of the breed in question that have undergone the crops.

Even though you are flexing your DIY muscles on your dog, you might want to take a trip to the dog hospital before chopping his ears off.

Apparently, not all canines can handle anesthesia. A quick blood test should reveal whether yours can or not.

Once you get the green light, go ahead and gather your tools.

5. Once you are satisfied with the results, stitch your dog up. Then bandage him.

6. After a week or so, tape the ears to train them to be upright. Do this only after the wound has dried up. To make the hard surface, wrap porous tape over a large drinking straw several times. Use more tape to stick it into the ear and keep the ears vertical.

After you’ve successfully cropped your dog’s ears, you should take care of it to ensure smooth and faster healing.

The following aftercare tips will come in handy:

Can A Dog Wear A Collar And A Harness At The Same Time?

Related Post: How to Stop a Dog from Licking his Wound without using a Collar

Cropped Ears Are Not Erect. What Could Be The Problem?

Generally, most dogs’ ears will stand erect after a cropping procedure—the success rate of the procedure is relatively high.

However, other factors like the length of the crop, breed, and genetics may determine how soon and how effective the ears will stand erect.

Some of the factors that may contribute to unsatisfactory results include:

There it is – a detailed guide on how to crop your dog’s ears at home.

No matter your experience in the practice, it is prudent to have the detailed procedure done by an actual vet and at the dog hospital.

It can go sideways, real fast. You don’t want to gamble with your pup’s life.

Most importantly, ensure that you have enough time to dedicate to any aftercare steps needed. 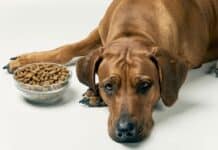 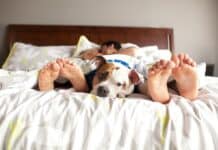 My Boyfriend’s Dog Is Ruining Our Relationship: What Should I Do?

Dog Keeps Throwing His Head Back—What Does It Mean? (Plus What to Do)