Home FAQs How Many Seizures Can A Dog Have Before It Dies? 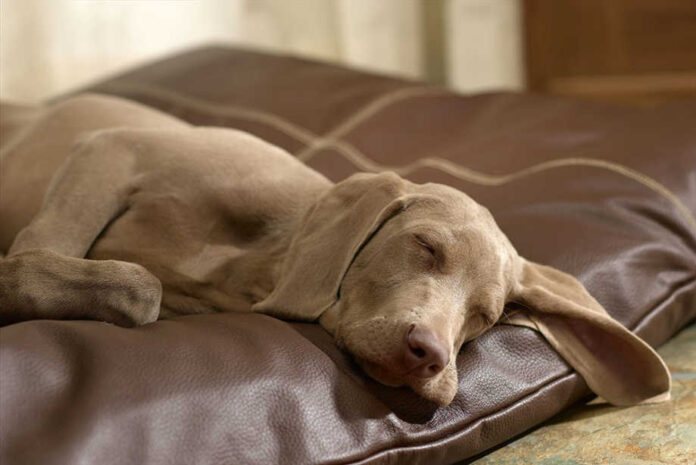 A dog can still lead a normal life even if they are suffering from epilepsy. However, the seizures could be fatal in some cases.

Having more than one seizure in a day, which is referred to as cluster seizures, could also be fatal.

Medics warn that dogs with cluster seizures or seizures that last more than five minutes have a 25% more mortality rate than those that don’t.

In addition to duration and frequency, the probability of a seizure resulting in the death of a dog is also largely dependent on what caused it.

If the seizure is a result of a brain tumor, head trauma, toxins, organ malfunction, or some other serious health issue, the chances of the seizure resulting in death are quite high.

If the dog is suffering from idiopathic epilepsy, the probability of death from seizures is significantly lower.

Also, studies have shown that some breeds are more susceptible to seizures than others.

We can therefore infer that the breeds that are more susceptible to seizures are also more likely to die from seizures.

Management and Treatment of Cluster Seizures

A dog that has seizures once in a blue moon will most likely lead a normal life without any need for an emergency visit to the vet.

The problem is when the seizures become too common. If you hear your vet use terms like cluster seizures, flurry seizures, or serial seizures, then your dog is in bad shape and the treatment will most likely be costly.

Treatment of cluster seizures is usually a three-pronged process.

The first step is treating the seizures to try to prevent or reduce the occurrence of follow-up seizures in the short term.

The second step of treatment is aimed at improving the ability to control the seizures for the long term.

The third step entails administering medications that are aimed at reducing any follow-on seizures.

According to the American College of Veterinary Internal Medicine, you can manage dog seizures at home but you should consult a vet and start a regular treatment in the event of any of the following conditions.

Related Post: How to Tell If a Dog Is Having a Seizure While Sleeping

There is no one-treatment-fits-all. Your vet will examine the dog and recommend the best treatment to go with.

The seizures may not be controlled immediately after the treatment commences. It could take weeks or months for you to see any noticeable difference.

It is important to observe and record every seizure during this initial treatment phase because an adjustment on the medication might be needed depending on the therapeutic blood levels and the seizure activity.

Besides, the medication will not eliminate the seizures—it will only control and reduce them to manageable levels.

With the right treatment, most of the dogs will recover and get to a place where they can be controlled or managed at home even when the seizures come back.

Cluster seizures can be caused by organ malfunctions, head trauma, or brain tumors. But for the most part, they are a result of a condition referred to as status epilepticus. This condition is characterized by prolonged seizures that can prove fatal if not treated.

Intravenous anticonvulsants should be administered not only to stop the seizures but also to prevent irreversible brain damage.

If it’s the first time your dog is experiencing a prolonged seizure, the vet will examine him by taking the history to establish the cause.

One of the things the vet will check for is if the dog has any exposure to hallucinogenic and poisonous substances that are known to cause seizures.

Any head trauma history will also be considered. The vet will then do a physical exam that may include an electrocardiogram as well as an examination of urine and blood samples. The idea is to rule out any liver, heart, or kidney disorders.

If the vet performs all these tests and establishes that the dog wasn’t exposed to any poisonous substances, additional diagnostics might be prescribed.

However, this will only be required if the dog has frequent seizures because a dog that has one or fewer seizures per month is not considered to be in danger.

Spinal fluid analysis may however be recommended for those that have more frequent episodes.

More specialized tests like CT scans may also be done depending on the availability of equipment and specialists.

All these tests are done to get to the root cause before the medication starts. It is important to get it right from the get-go because anticonvulsant medications have to be given for life.

Discontinuing anticonvulsant medications will most likely lead to a relapse and increase the chances of death.

Even a normal dog that is placed on anticonvulsant medication and then withdrawn also stands the same risk.

What to Do When Your Dog Has A Seizure

This cannot be overemphasized – take your dog to the vet immediately your dog has a seizure that lasts more than 5 minutes or if he has more than 3 seizures in under 24 hours.

Here are some other important safety precautions that will help you manage seizures in your dog without causing more problems for your furry friend.

That said, it is not necessarily a death sentence. If you get to a vet right away, the dog can be treated and get to live.

Seizures that last more than 5 minutes are fatal because they can result in brain damage and extremely high body temperatures.

This is why you should arrange an emergency vet visit as soon as your dog starts seizing to avoid any rude shocks down the road.