Home Tips & Tricks How to Reintroduce Dogs after a Fight 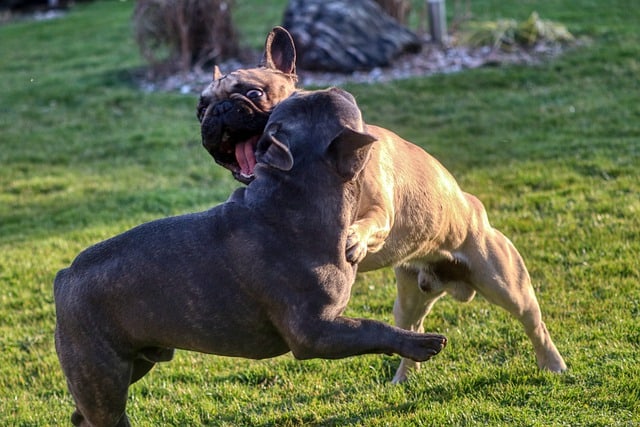 When your adorable pooches go hard at each other—biting, snapping, and clawing on each other, it can be very frustrating and worrisome. Dog fights can go very bad. Apart from injuring themselves, dogs at war can hurt other members of the family. During the fight, one or both dogs don’t care about anything else but winning the fight. They will bite and puncture the skin and throw each other forcefully without a care in the world.

If your kids fight, you can sit each one down and reason with them. However, these methods don’t work with dogs. As the fight rages, the best thing would be to find a way to break it apart. Then what? How do you reintroduce the pups to each other after the fight? We have the entire scoop for you in this guide.

Once the fight is broken, separate the pups for a few hours. This allows each one to calm down and ease the tension and anger. Meanwhile, inspect each dog starting with the one who you believe was injured the most. This is the youngest, newest, or smallest dog of the two. Check everywhere including each leg, belly, chest, and inside the mouth for injuries. Deliver first aid if need be. Next, do the same for the second dog. Call the vet if you think any of the dogs needs expert help.

To safely reintroduce your dogs after a fight, your first order of business is to know why the pups fight in the first place. Getting to the root cause reduces the chance of the problem popping up again. Sometimes canines go hard at each other over silly stuff like the arrival of a favorite owner, the introduction of a small animal, fights between the owners, and the doorbell. Other times, it’s the big stuff such as unwillingness to share food, a favorite toy, or fear. Once you know what causes the dogs to fight, you can get rid of it before reintroducing the dogs to each other. That way, you will not have to worry about more fights in the future.

Be a Proper Leader

After a dog fight, it is easy to feel intimidated and scared of being near the dogs let alone command them. However, now, more than ever, you need to offer leadership and show the dogs that you are in charge. According to Cesar Millan of Cesarsway.com, being a good pack leader involves having the right energy (be calm and assertive), being consistent, creating rules (tell the dog what to do), feel, don’t think, and fulfill your dog’s need for protection and direction. If you don’t present yourself as a leader, you will never command your doggies any day, much less after a fight.

You should be able to offer lots of verbal commands along the lines of “sit”, “no”, “stop” and more. If one or both dogs sense weakness and a lack of self-assurance and dominance, they will have no motivation to obey you. If you enlist the help of another person to reintroduce the dogs, be sure they can be calm, firm, and assertive as well. If the dogs decide they don’t want a truce, they shouldn’t let go of the leash and run for their life.

Walk the Dogs Separately Then Close To Each Other

After being separated for a few hours, your dogs are ready to be re-introduced to each other. First things first, consider walking each dog separately and let them expend the penned-up energy and calm down more. Once you are sure that each dog is properly exercised, solicit the help of another dog handler and walk the two dogs close to each other. Both of you should be ready to handle any eventuality without yelling, shouting, and letting the leash go.

With the leash on, walk the aggressive dog of the two. After a few meters or steps, let the other handler walk the second dog maintaining the distance between both dogs. If there’s no drama, close the gap gradually, still watching the behavior of the pups. If aggression ensues, widen the gap again. Repeat this a few times until the dogs can walk beside each other without tearing each other apart.

Next, let the helper stay about 25 steps back. Then turn and walk towards the dogs but do not let them interact. Do this until the dogs stay calm and friendly with each other before letting them interact with one another. If no aggression ensues, you are successful with the dogs.

Use a Basket Muzzle

If you don’t have the time to walk the dogs, you can try the classical counter conditioning method to reintroduce them. This is where you put a basket muzzle (Baskerville Ultra Muzzle is the best on the market right now) on each dog and let them interact with each other. The muzzle inhibits biting and may have a calming effect on your dogs. While the pups are in one room, offer plenty of treats and motivate them to respond to obedience training by hurling a lot of praises. Continue praising and giving treats as you watch the behavior of the dogs. If they still act like mortal enemies and show signs of aggression, separate them. Keep doing it until the dogs learn to be friendly towards each other. This may take time, though. Commit to patience until you get your results.

Even after following the above tips of reintroducing dogs, sometimes things just don’t work out. If you have two unsprayed or two unneutered dogs, territory issues are bound to spring up. This is especially true in male dogs as they want the mating rights of all females around. By sharing a home, the dog will be forced to compete with each other for the girls. No matter how well you try to re-introduce the dogs after a fight, you will not get anywhere without neutering. Female dogs also have territory problems that can only go away after spaying. Organize to spay or neuter one or both dogs and try to reintroduce them afresh.

While some dogs can get re-acquainted with each other after a few hours, many of them need days before they can see eye to eye after a fight. In such a case, rushing the process will aggravate the situation. If tensions still run high after following the steps above, keep the dogs separate some more. Then try again.

Consider Rehoming One Dog If Nothing Works

No matter what you do, sometimes your doggies just won’t agree to peacefully co-exist with one another. Some breeds are especially notorious for wanting their own space. Multipet households are better off with breeds that don’t have an issue being around each other. These include basset hounds, English foxhounds, Goldendoodles, Cockerpoos, and more. Else, aggressive breeds including Pitbulls, Kerry Blue Terriers, and more may not like having another canine in their space. You might want to rehome one of the dogs, especially if you have kids and other smaller pets that can get injured when dog fights ensue.

When your lovely dogs decide they don’t want each other’s company and show it by fighting, you need to act fast before it’s too late. After breaking the fight, the real work of reintroducing them to each other begins. Use the tips highlighted herein and if you don’t make headway, find a way of rehoming one of the pups. This will break your heart but it is the only way to keep everyone safe.

Why Do Dogs Lick Each Other After Fighting?