Home Tips & Tricks How Many Hours Does a Puppy Sleep at Night? 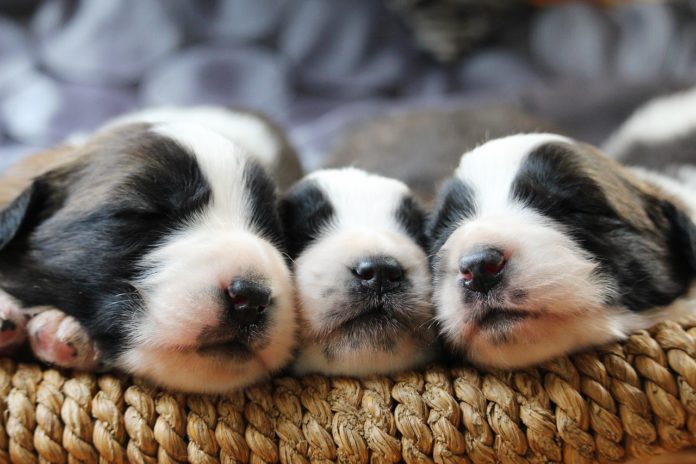 One minute, your fur baby will be all over the place playing and wagging his tail, the next one would find him sound asleep on the grass.

Does he sleep way too much? Is everything okay with him? Perhaps he eats too much or he is under the weather?

These are some of the questions that new pet owners grapple with after bringing home a brand new puppy. If you fit the description, you are in good company.

Caring for a puppy for the very first time can be quite overwhelming. This is the reason we’ve decided to address the question of how long a puppy can sleep at night.

If you have a puppy of anywhere from 8 weeks to 6 months, you’ll learn a thing or two about his sleep needs and a few bonus tips.

So, how many hours does a puppy need to sleep a night?

According to the American Kennel Club (AKC), a puppy can sleep for anything between 18 and 20 hours a day. This includes 14-16 hours of nighttime sleep and 2-6 hours of daytime naps.

Like newborns, puppies need plenty of sleep to grow and develop. While sleeping, your canine baby will develop his central nervous system, muscles, and bones.  His immune system will also get a major boost as he snoozes away.

Additionally, these little creatures are much more playful than their adult counterparts. Every waking hour of a puppy is spent in burning energy. Consequently, they would require more hours to rest and recharge.

As he grows older, your dog will sleep a lot less during the day. Since he will get better at holding his bladder, he will also enjoy uninterrupted sleep at night.

How much do puppies sleep at 8 weeks?

An 8-week old puppy has a few things on his mind—eating, sleeping, eliminating, drinking, and playing. His life basically revolves around these activities.

Thankfully, by this age, your fur baby will be intelligent enough to master a few habits. This is because he becomes more interested and aware of his environment.

He’s still a baby, so he’ll require 18-20 hours of sleep every day. He will exhaust about four hours of these during daytime snoozes and the rest at night.

At only 8 weeks, your fur baby is not potty trained. His bladder is pretty small as well, so he will need to pee every three hours.

If he sleeps a total of 14 hours at night, he will take around four bathroom breaks before sunrise. To help him sleep better, it might be a good idea to train him to use a crate.

Vet experts claim that puppies tend to hold their bladders longer when they sleep in confined spaces. If you don’t have a crate, create a perimeter of some sort in the bathroom or pet playroom.

While you are at it, ensure the environment is sleep-friendly. Kill the light and sounds of other pets and children.

You might want to create a solid bedtime routine and stick to it.

Finally, be prepared for accidents, mistakes, and inconveniences. Your fur baby is just out of infancy. He’s learning how things work in his world.

Be kind to him during the training and give treats after successful milestones.

How much do puppies sleep at 10 weeks?

There’s a very small difference between an eight-week and a ten-week-old puppy.

At 10 weeks old, he will still need 18-20 hours of sleep every day, with 14-16 hours of nighttime sleep. Provide a warm and comfortable crate for him to retire.

By now, he should respond better to potty training. You will realize that he’s beginning to understand what is required of him and would try to do right by you.

Let him play more during the day, stop eating and drinking an hour before bedtime, and take him out first thing in the morning.

How much do puppies sleep at 14 weeks?

Your adorable puppy is growing fast. His immune system is more mature now. He’s now comfortable in his new home.

Although his body is now bigger than it was when he was 8 weeks old, your dog is technically still a baby.

On average, he will need a minimum of 16 hours of rest to recharge. Some days he will take longer and frequent naps during the day especially when he’s going through a growth spurt.

Other days, he will make it through the night with a single short nap and make it up at night. At no time should he go for 24 hours without sleeping for at least 15 hours.

Lucky for you, puppies at 14 weeks have developed intellectually. If you began house training him at 8 weeks, he will be done with his training by now.

Plus, he can hold his bladder for longer. This implies that a 14-week old puppy would need one or two bathroom breaks in the middle of the night.

The good news is that most of them have an easier time eliminating in the right spots during bathroom breaks.

In case you just got the puppy home for the first time, just begin training him on where to pee and poo and at what time. Soon, he will be in the wing of things.

How much do puppies sleep at 16 weeks?

The 16th-week mark is an extraordinary age for most puppies.

Fortunately, if you haven’t yet socialized with your canine baby by now, you can try what we call remedial socialization that will help you bond with your pup nonetheless.

In regard to sleep, your dog can now comfortably sleep throughout the night. He has more control of his bladder and can have a night of uninterrupted sleep for longer.

Remember that every dog is unique. Your baby may still soil his crate once or twice at this age. Be patient; he will soon outgrow the habit.

Generally, puppies who are 16 weeks old can sleep anywhere from 10-13 hours a night.

How much do puppies sleep at 20 weeks?

At 4-5 months, your puppy will have fully grasped potty training. If not, he will usually be close. He can also comfortably sleep in his crate throughout the night.

Depending on his activity level and where he is development-wise, your dog will need 10-15 hours of sleep every day at four months.

By this age, he will concentrate most of his sleeping at night. However, he will take naps during the day.

Accidents will be nonexistent (or fewer) if you’ve been house training for a while.

If you stick to your bedtime routine and give him enough exercise during the day, he should sleep for a minimum of 8 hours at night.

How much do puppies sleep at 6 months?

A 6-month-old puppy is making his way into his adolescent years.

During this time, the physical changes are notable.

The teething phase will be over, which means he will chew less.

You will see a drop in his energy levels, a slower rate of growth, and a different personality.

As far as rest is concerned, your puppy will still sleep anywhere from 15-16 hours a day.

He will manage to sleep throughout the night for a minimum of 10 hours.

Generally, puppies need lots of sleep. It is a vital part of growth and development.

Rather than disturb your puppy’s sleeping habits, find a way to plan it around him.

Make sure he gets as much rest as possible and resist the temptation to wake him up while sleeping.

When Should You Move Puppy Crate Out of Bedroom?

How to Keep Puppy Awake Before Bedtime

How To Potty Train a Puppy on Pads 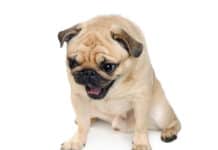 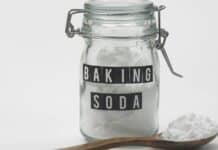 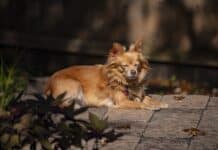 I Gave My Dog Hydrogen Peroxide And He Didn’t Vomit: What Does It Mean?