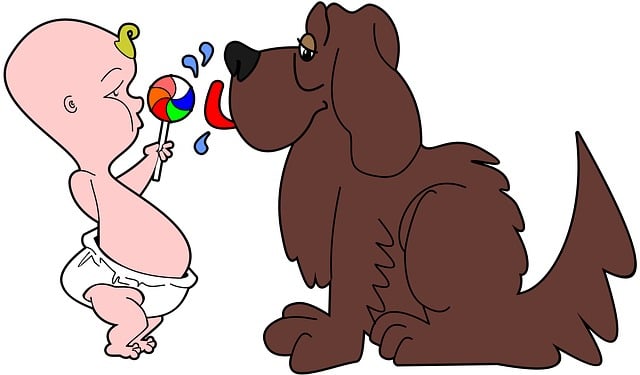 If you once clamored to watch your favorite Saturday cartoons, you’ll surely want to relive those moments with funny cartoon dog characters. From Odie to Snoopy, each dog has its unique disposition and traits. The timeless characters will forever be etched on our minds. Let’s take you down memory lane by recounting some of these dog characters.

Below are some of the most memorable and funny cartoon dogs of all time. Let’s dive in!

You’re quite familiar with the legendary dog, Scooby-Doo. He’s one of the world’s most-loved dog characters to be shown on television.

Scooby, the mystery-solving dog, is a fictional character from the show, “Scooby-Doo, Where Are You.” He is a close confidant of clumsy detective, Shaggy Rogers. Scooby, alongside the gang, hunt monsters, ghosts, vampires, among others. He exhibits both doglike and human characteristics. He speaks in a slur-like manner, and his popular slogan is “Scooby-Dooby-Doo.” The Great Dane dog acts cowardly and is usually hungry. His inherent boldness prods him to act courageously when faced with villains. He and Shaggy are often hyperactive, getting themselves in some trouble.

Another funny cartoon dog character is Courage, the cowardly dog. Everyone probably loves him because of his adorable disposition. The name “Courage the Cowardly Dog” is in contrast with his personality. Though he acts cowardly, when his elderly owners are embroiled in some bizarre situations, Poor Courage is to the rescue! Abandoned as a puppy, he was taken in by Muriel Bagge and her husband, Eustace Bagge. The kind Scottish woman gave Courage his name. Due to jealousy, Eustace, who is often grumpy, maltreats Courage, calling him a stupid dog.

His quiet and funny demeanor makes him lovable by everyone. Formerly known as Happy Hound, the canine is an enemy of Tom and Jerry. Droopy is sharp-witted in taking a swipe at his enemies with a droopy face and a deadpan voice. Though he’s most times diminutive and unassuming, when upset, he would say his popular catchphrase, “You know what? That makes me mad,” before thrashing his adversary. His incredible strength can be seen in One Droopy Knight, where he dealt with a dragon, broke his tail, and threw him like a baseball hat.

Another fictional dog, Odie, was first featured in Garfield before making appearances in other animated series like Garfield and Friends and The Garfield Show. The yellow-furred dog is a close pal of Garfield though Garfield often mistreats him. Having a long, stretchy tongue, he drools and articulate words and sentences like “Ta-da!”, “Yeah, yeah, yeah!” and “My bone!” Garfield misconstrues the brown-eared dog as unintelligent, but Odie is smart and hides that part of him. This trait can be seen when he, Garfield, and Jon went camping. Once locked in the car, he switches on the radio and light, eating chips and grinning from ear to ear in the car. He was having a nice time while the duo, Garfield and Jon, were trapped in the open without comfort.

Pluto has grown on most people as he’s the oldest animated dog character. Also called Pluto the pup, the canine is Mickey Mouse’s pet. Pluto communicates through barks and grunts. His mischievous ways often get him into trouble, but he’s quite smart to escape the consequences. Though intelligent, the pet can be inept and exhibit childish traits, which are misinterpreted for stupidity. Pluto falls in love easily; this can be seen when he was love-stricken with Tiki, Dinah the Dachshund, and Fifi the Peke.

Pros and Cons of Owning a Dachshund Terrier Mix

Though Brian Griffin isn’t as funny as the other dog characters, he’s rather logical, not acting on impulse. As a stray, he was adopted into the Griffin family. He speaks, drinks a little too much, and drives a second-generation car. Though Brian Griffin is a writer, he’s worked many jobs. He exhibits human characters, which have helped him adapt to the human world. The family pet claims his father is a racist. He also states he has the same inclination. Though the Family Guy dog isn’t as old as most of the other dog characters, Brian Griffin has captured the hearts of many.

Snoopy is one of the most iconic cartoon dogs of all time. The infamous beagle is kind-hearted and loyal to his owner, Charlie Brown. Wearing an aviator’s helmet, goggles, and scarf while holding on to a swagger stick is Snoopy’s signature style. He is sometimes self-centered, lazy, and gluttonous, but he’s affectionate to his owner on the peanut show. Snoopy loves chocolate-based meals and snacks, especially cookies. Having a limited speaking ability, Snoopy makes his thoughts known by pantomiming, grunting, and growling. As a technology enthusiast, he builds types of machinery and rides to space with his companion. He was the official mascot of aerospace safety, testing, and rebuilding the Apollo Program after the Apollo 1 fire.

Underdog, a parody of Superman, who is a shoeshine boy by day, transforms into a superhero whenever his love interest, Sweet Poly Purebred, is in trouble. Popular for his “There’s no need to fear, Underdog is here!” quote, the crime fighter wrecks some damages in the course of transforming. He communicates mostly in rhymes and eats pills to gain superhero powers. Before consuming the pill, he speaks the words:  “The secret compartment of my ring I fill / with an Underdog Super Energy Pill.”

9. Lady and the Tramp

The duo is so adorable that they’ve created a lasting impression on people. Lady is a purebred Cocker Spaniel, while Tramp is a crossbred admirer. Tramp is most times searching for food or running away from dog catchers. One of the iconic scenes is the dinner scene where Tramp woos Lady over a plate of spaghetti. They meet halfway and seal their puppy love with a kiss. Lady and Tramp are likely to be the best funny cartoon dog duo to be seen on TV.

A close friend of Mickey Mouse and Donald Duke, Goofy is a tall, clumsy dog whose signature wear is a turtle neck, vest, pants, white gloves, shoes, and a fedora hat. He is sometimes inquisitive and smart in a strange way. Formerly known as Dippy Dawg, Goofy didn’t have a steady love relationship like Donald Duke and Mickey Mouse. When surprised, he exclaims “gawrsh!”, his unique way of saying “gosh.” When he’s in a hideous situation, he sometimes sings some bars of “The World Owes Me a Livin'” from The Grasshopper and the Ants.

You can’t possibly forget Clifford, the big red dog. Known for his big size, the gentle giant is one of the most popular storybook characters. Clifford is helpful and friendly though he can be naive and get into trouble due to his size.

Popular canine character in The Jetsons, Astro is best friends with George and his son, Elroy. The Great Dane is usually seen at the closing montage of every episode, walking in space, dragging along his owner while chasing a cat. He has a little grasp of the English language with the overuse of R in many statements.

The Great Dane is probably one of the largest breeds of cartoon dogs. His interesting personality makes him warm up to people.

The dimwitted, floating dog would ecstatically jump into the air when given a treat. The fluffy white-haired canine dislikes potty training but has improved over time with the help of his owner, Rick, who created an IQ-enhancing helmet for him.

How To Potty Train a Puppy on Pads

As we grow older, some of us like to reflect on the things we loved as kids. Saturday morning and after-school cartoons were a great part of most childhoods. You’ve probably recognized a few of your favorites in this article. Some of the funny cartoon dogs we’ve highlighted herein are still in operation today for the current generation. 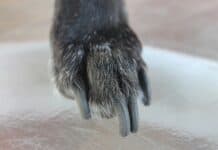 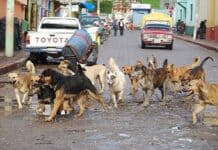 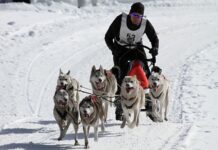 Everything You Need to Know about Dog Sled Teams