Home Tips & Tricks Can A Hotel Ask For Proof Of Service Dog? 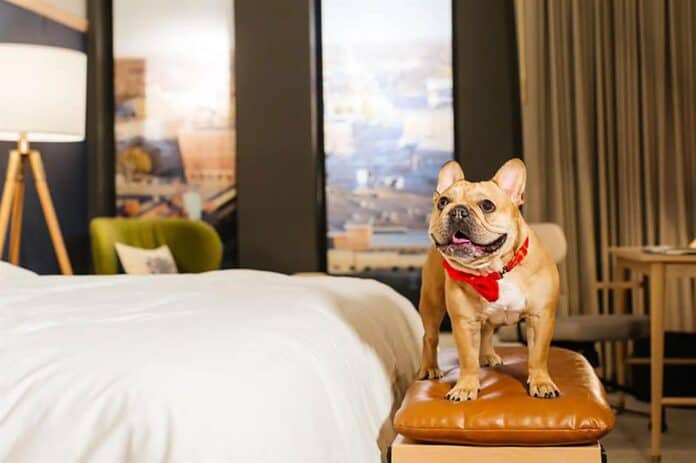 Traveling with a service dog is hard enough and the last thing you want to deal with is a hotel that doesn’t allow them.

Most hotels have a no-pet policy because they don’t want to deal with the messes that animals can make.

However, service dogs are not classified as pets. They are trained to behave in public places and not cause any damage.

Additionally, it is illegal for a hotel to discriminate against guests with service dogs.

Can Hotels Ask For Proof Of Service Dogs?

Well…technically speaking there’s nothing in federal law requiring Americans to carry any documentation or proof of service animals.

Furthermore, service animals are protected under the ADA act and it’s illegal for hotels or public spaces to ask for papers for a service animal.

However, that being said, some establishments might still request to see some form of certification or paperwork—and in some cases, proof of vaccinations and liability insurance might also be required for your four-legged friend to stay with you in the hotel.

But if you’re ever asked to present such documentation and you don’t have it on hand, don’t fret!

You can simply explain that it’s not required by law and kindly ask to speak with a manager if need be. And in most cases, that’ll be the end of it.

Because most hotels have a no-pet policy, they might need to verify that your dog is not a pet but a service animal.

For this, they are only allowed to ask two questions – whether the animal is needed for disability and what tasks the animal has been trained to perform.

Once you answer in the affirmative, you are not obligated to provide proof.

If you are denied admission, you can sue the establishment for discrimination through the department of justice.

Related Posts: What Can You Legally Ask A Person With A Service Animal?

Can You Stay With Your Service Dog at an Airbnb?

Yes, you can! In fact, many hosts are happy to welcome four-legged guests.

If your host doesn’t allow pets, you can let them know that yours is a service animal and they should make an exception.

The same rule that applies to hotels applies to Airbnbs so they shouldn’t deny admission.

That said, it’s always a good idea to let your host know in advance that you’ll be bringing along a service animal.

This way, they can make sure the property is set up to accommodate both you and your service dog.

What If A Hotel Asks For Proof Of A Service Dog?

Even though it is illegal for hotels to ask for proof of a service dog, some may still do.

This is often out of ignorance of the law or because they have had bad experiences with guests in the past.

If a hotel asks for proof, the best thing to do is to calmly explain that it is against the law and that they cannot refuse service because of a disability.

It is within your right to take legal recourse if you feel discriminated against.

A case in point is a recent California case where the complainant was a person who was denied admission to the Hampton Inn because he was accompanied by a disabled person that had a service dog.

Granted, hotels have the right of admission and can deny entry to someone that has a pet but in this case, it was a service dog and not a pet.

A service animal is defined by the Americans with Disabilities Act as a dog that has been individually trained to do work or perform tasks for an individual with a disability.

The plaintiff in the aforementioned case noted that his companion, who was his brother, suffers from muscular dystrophy and relies on Duke (A Great Dane) for mobility.

Duke had a tag that identified who his owner is but didn’t have proof that he was a service dog.

The defense the hotel gave was that the clerk denied them entry because the dog was not on a leash and seemed to be loitering around sniffing other guests’ bags.

Additionally, the clerk said the owner of the dog was visibly drunk and didn’t show any signs of disability.

The case was dismissed because the person was drunk and disorderly. However, if the person had not been drunk, the hotel would have been found culpable.

It also emerged from this case that a service animal that is perceived to be posing a threat to other guests could be denied entry.

Penalty for Refusing a Service Dog

Can A Hotel Charge A Cleaning Fee For A Service Dog?

Under the ADA, hotels are not allowed to charge an extra cleaning fee or pet deposits for service animals, as this would effectively preclude individuals with disabilities from staying at the hotel.

In addition, hotels are required to make reasonable accommodations for service animals, such as providing a designated relief area.

That said, some hotels might charge for any damage caused on the property by the service animal during your stay.

Some hotel policies regarding service animals may be unclear or confusing and so it is important to research a hotel’s policy before making a reservation.

In conclusion, it is illegal for a hotel to ask for proof of a service dog.

However, a hotel has a legitimate reason to question whether or not the animal is a service dog because most hotels have a no-pets policy.

So, you might be asked if the dog is a service animal and what exactly the dog has been trained to do.

How to Apply For Service Dog for Child

How to Prove Ownership of a Dog 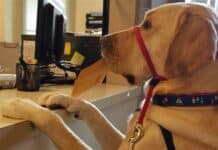 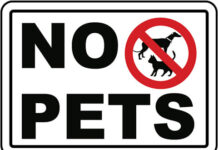 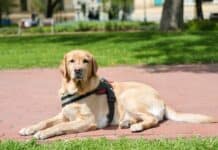