Home Breeds 10 Dogs with the Worst Sense of Smell 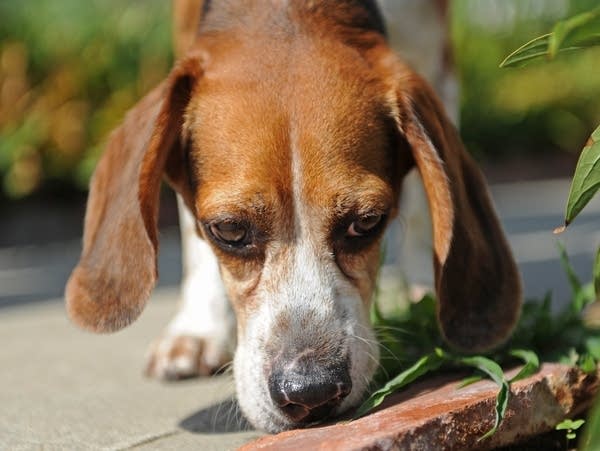 When it comes to scents, we have to give it to our beloved canine friends. With 300 million olfactory receptors in their noses, dogs can pick up smells from miles away. Just to get a clear picture, humans have six million olfactory receptors. If you think you have a good sense of smell, imagine what your dog can do. It is actually said that a dog’s brain can analyze smells 40 times better than a human being can.

While all dogs are scent-bound, there are those that don’t score very well in that department. To give you an idea where your dog stands, we’ll go over a list of 10 dog breeds with the worst sense of smell.

Overview of Dogs with a Bad Sense of Smell

Whether a dog possesses the ability to pick up scents like a pro or not depends on the structure of his nose. Essentially, a dog’s nose has separate passages for smelling and breathing. Even when inhaling and exhaling, the canine can hold on to the scent. The exhalation process actually helps with smelling because as the air exits from the lungs, the dog can attract more smell molecules.

Dog noses come in various configurations. There are those with long stouts and those with short ones. Long-nosed dogs tend to develop a good sense of smell while short-nosed dogs go the opposite direction. This is because a pooch with a short nose has less space to accommodate more scent-detecting cells compared to the one with a longer nose. Ultimately, they end up with fewer cells and thus a bad sense of smell.

Breeds with the Worst Sense of Smell

The English Bulldog was bred to fight bulls. From featuring slightly jutting lower jaws to having under-developed hindquarters and even flat noses, everything was designed to help him make it through the fight and even kill the bull. Dog owners who love bulldogs get attracted to the flat face and short snout of their furry friends. Sure, they may not have the best sense of smell like other dogs but they have so many qualities that make them amazing pets.

This adorable wrinkled, flat-faced pup also has a shorter snout than most of his comrades. Ask Leonardo DiCaprio and Martha Stewart why they own Frenchies and they will tell you it’s about looks among many things. The bat ears, tiny little bodies, and short noses combine to create a dog that’s easy on the eyes. If you can handle the loud snoring and poor sense of smell, you have yourself a sweet and delightful pet for a Frenchie.

The Japanese Chin has been said to be a canine comedian. His little mischievous antics will always make you smile. He also comes with feline behaviors such as independence, quietness, and grace. If you are looking for a toy with a silky, profuse coat, cat-like characters, and a funny personality, look no further than the short-nosed Japanese Chin.

When you look at the pug, you don’t need to be told that he has a short muzzle. It is so out there for all to see. This toy breed may be small and comes with a poor sense of smell but he makes up for it through his awesome character. He is laid-back, a little playful when he chooses to, affectionate, and oh so beautiful.

The Shih Tzu is famous for his long, rich, flowing locks. When you lay eyes at him, the looks will blow your mind. Before you bring him home, never forget that this dog has sky-high demands when it comes to grooming. He needs plenty of trips to the groomer to keep the coat in top shape. In addition, the Shih Tzu is flat-faced, meaning his ability to smell isn’t as great as that of his counterparts. Lucky for you, this is a low-energy dog that doesn’t require much in the way of exercise.

A tiny but mighty dog breed, the Boston Terrier boasts a loveable demeanor, cute eyes, and an impressively trainable character. His smooth and polished tuxedo coat also makes him one of the cutest breeds known to man. If treated with kindness and love, the Boston terrier will excel in training. He will do all he can to display his loyalty.

Unfortunately, he is flat-faced and short-nosed, which means he has a poor sense of smell. The short muzzle also makes the canine to overheat in hot temperatures. If you live in a hot area, be sure to give your dog plenty of water and shade.

The Griffon Bruxellois is also known as “monkey face’ because, well, his face has a striking resemblance to that of a monkey. This includes a short nose, prominent chin, large wide-set eyes, and a lively look with a human-like expression. Griffons are not only easy on the eyes but they also get along with other pets. They are affectionate, active, playful, and downright charming.

You have to be keen to notice that a Pekingese has a short snoot. This is because the pooch seems like he doesn’t have a face at all. The whole face is covered with hair, especially if he has untrimmed fur. Well, if you didn’t know that this dog comes with a short nose, now you know. This little bundle of joy is truly dignified. He’s confident, regal, and well-composed. Never underestimate him.

Like the Pekingese, the face of a Chow chow is almost swallowed up by fur. Well, for this breed, you can see the short nose and the mouth but the eyes are mostly covered. All that fur will make you want to cuddle him all day but don’t be surprised if your dog doesn’t enjoy cuddling as much as you do. This breed has been known to have an independent character. He can act like a cat and stay aloof even with his owners.

The boxer is a big bouncing dog with a vibrant spirit. If you don’t mind having a high-energy dog around, this is definitely a great choice for you. As long as he gets enough exercise per day and good food, he will guard the home with fierce loyalty. The only downside to owning one is that he doesn’t have the best sense of smell. Don’t expect him to do well in the hunt. If you want a dog that can sniff bear scents from a week ago, pick up a Bloodhound. This breed also snores like an impaired diesel generator, thanks to his short nose.

To tell whether your dog has a good or bad sense of smell, just take a look at his snout. If it is long, he falls in the former category. Else, if it is short, it means his sense of smell is rather poor. Either way, your canine is the very best choice for you.

15 Dogs that Don’t Smell or Shed