Home Breeds 10 Most Adorable Airedale Terrier Mixes You Should Know 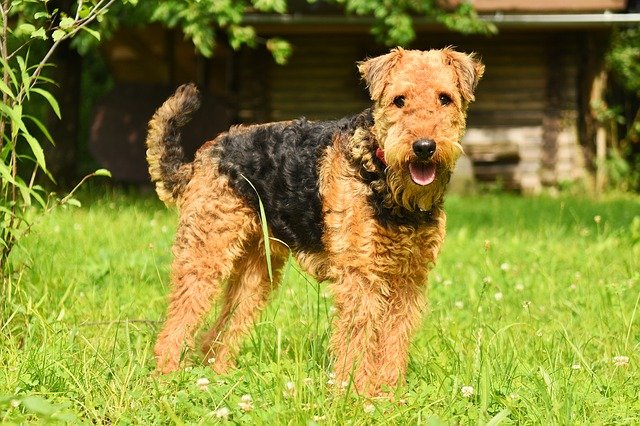 Terrier dogs are some of the most wonderful pets to own. Their personality is predictable and consistent. They are very playful and energetic. The Airedale Terrier (or Airedale), in particular, is a very courageous, confident, and outgoing dog. Airedale terrier mixes are even better as they get you a well-tempered dog alongside all the other great qualities. Plus, designer dogs have been known to be healthier than purebred ones.  If you want the qualities of this breed and another in one dog, we have a list of 10 adorable Airedale terrier mixes for you.

First up, we have the Goldendale, a cross between the Airedale Terrier and Golden retriever. This dog is unsurprisingly gentle, sweet, and devoted. After all, he has the charming and gentle nature of the Golden retriever as well as the independence and intelligence of the Airedale. The breed is also very athletic and high energy. As a result, he is a great fit for a family with small children who will help him expend some of his energy on a daily basis. His coat can either be soft and smooth like that of the retriever or wavy and short like that of his other parent, the Airedale. Either way, the Goldendale is a great family pet as well as a watchdog. He’s easy to train and lives to put a smile on his owners’ faces.

When you mix the Airedale Terrier with the Poodle, you end up with an interesting mix known as the Airedoodle. This puppy combines both the good looks and amazing qualities of the “King of the Terriers” (the Airedale) and the Poodle. So, expect a dog that is very intelligent and confident. He is very easy to train as he picks up new tricks fast and understands commands well. The Airedoodle is a low-maintenance pooch, a quality he gets from both parents. When it comes to companionship, he is social and loves to kill time with both adults and kids. Unfortunately, this breed has strong prey instincts and may not co-exist with smaller pets. You have to socialize him early and train him to live with other pets.

The Irish wolfhound is mixed with the Airedale terrier to get a large designer dog with amazing qualities for a family pet. If you can handle the sheer size of the Irish wolfhound, you will love this mix as it mostly takes after the wolfhound physically. The only common thing popular with most wolfhound/Airedale mixes is their thick coats passed down by the terrier dog. Prepare to vacuum your house as this dog is a heavy shedder, especially during shedding seasons. Despite both parents being hunters and war dogs, this breed is gentle and gets along with kids, adults, other canines, and even felines.

What Home Remedy Can I Give My Dog For Shedding?

The Airedale terrier can be mated with the Labrador retriever to give the Lab’Aire. The mixed breed is a medium dog weighing 50-80 pounds and stands at a height of 2-24 inches. His coat color can be grey, black, or white. Thanks to his Labradorgenes, the Lab’Aire is very social. Whether he’s hanging out at the park with other dogs or going to a wedding with hundreds of guests, this dog will feel absolutely comfortable. He is loving, gentle, and kind. The only thing he asks from you is that you accord him plenty of physical activity. A house with a large yard is the perfect home for him.

Chidale is the cross between the Chihuahua and Airedale. Like a Chi, this mixed breed tends to be a barker. He barks incessantly when any moving object approaches the house (except for his owners, of course). This can be a real concern if you have neighbors close by. Otherwise, the Chidale is very affectionate and loves sitting on your lap for hours on end. He is also very energetic and enjoys playing with kids in the yard. Because both parents are rather independent in nature, this designer dog may portray some independent tendencies as well. To keep him happy and healthy, you need to provide plenty of mental and physical stimulation.

Both the Airdale and Pitty belong to the same family – the terriers. When combined together, you end up with a medium-sized mixed breed. If he gets most of his genes from the Airedale terrier, his coat will be dense and wavy. Else, if his genes incline more to the Pitty’s side, expect a smooth short-haired dog. This designer dog is courageous, loyal, independent, intelligent, friendly, stubborn, and protective. If not trained and socialized early, his prey drive may develop and turn him into an aggressive and unfriendly dog. Otherwise, he is very social and affectionate. Please note that this mixed breed is rare. You’ll have to work hard to find a good breeder with sufficient health information.

The Schnairedale is a beautiful canine resulting from a cross between the Airedale Terrier and a Standard Schnauzer. It is a rare breed that is only available in a handful of places. If you are lucky enough to find one for yourself, you are looking at being a parent to an adorable little canine. He loves fun and spending time with his owners. Whether you are playing Frisbee in the yard, watching a movie on the sofa, or going camping, this fun-loving dog will not disappoint. The best part about him is that he can get along with other dogs even those that are way larger than him. This means you can have more than one dog at home without losing your mind.

The Airedale Shepherd is a canine that results from crossing the German shepherd and the King of the Terriers aka the Airedale. Both parents are considered to be large in size and so obviously, the offspring will be equally large. Most Airedale shepherds have taken after the German shepherd shape-wise. The only things that resemble the terrier dog are the ears and the muzzle. As for his personality, this mixed breed is intelligent, alert, obedient, and watchful. He’s great with kids and other pets at home. Besides being a delightful pet, this dog makes a wonderful guard dog and watchdog as well. Training is mandatory at an early age to nip some bad behaviors in the bud and create good ones. Otherwise, this is a lovely dog for any lover of Airedale terrier mixes.

Another unusual breed, the Sealydale terrier hails from breeding the well-natured Sealyham terrier and the long-haired Airedale terrier. The mix is somewhat shorter than his Airedale parent and has a triangular shape with a wiry coat of different colors (mostly black/tan and white). He has striking features with the Jack Russell Terrier. Many people confuse the two. Thanks to his double-coat, the Sealydale terrier is a low shedder. Brushing his cat once a week is enough to keep the coat in top shape. As a natural terrier, this dog is smart and trainable but can be stubborn. He needs a firm trainer to help him with obedience training.

The Doberman pinscher is a large dog that originated from Germany. Together with the Airedale, they are wonderful affectionate dogs that make for amazing pets. A mix from both breeds looks like either parent with the classic black and tan color of the Doberman. He is very confident, fearless, energetic, intelligent, balanced, and friendly. If trained early, he has no problem socializing with young kids and other dogs.

Airedale terrier mixes are beautiful, delightful, and adorable dogs. They come with so many qualities you can’t get from a purebred dog. If you are wondering which mixes are right for you, this list is a great place to begin. 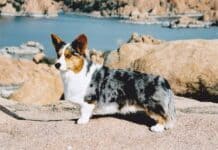 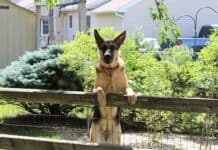 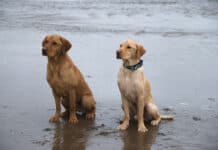