Home Nutrition Is Tuna Good For Dogs With Kidney Disease? 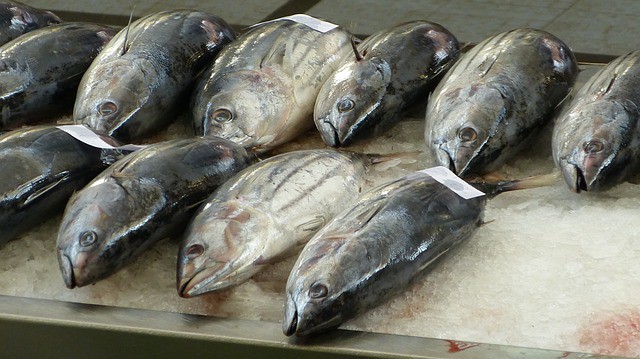 If International Renal Interest Society (IRIS) Kidney stats are anything to go by, 0.5-1% of dogs get sick from chronic kidney disease (CKD) at some point in their lives.

The prevalence increases with age with older dogs being at high risk for the condition.

As a pet owner, these stats are deeply concerning.

Kidney disease is no small battle for a dog and its owner. From managing increased thirst and a need to urinate often to watching your baby’s appetite take a dive, the condition can suck the life out of you.

What’s worse is that it causes great discomfort and abdominal pain for your pooch.

Luckily, with the right diet and treatment, your pup can live a long life with it.

Some studies actually suggest that dogs fed diets meant for certain diseases may have twice as long lifespan as those that eat a regular diet.

This is why we’ll focus on tuna in this post—particularly if it is good for canines suffering from kidney disease.

The Best Diet for a Dog with Kidney Disease

A dog with kidney disease is one whose kidneys cannot filter waste from protein in the diet properly.

This is caused by several things including decreased blood/oxygen flow to the kidneys, dental disease, renal failure, and urinary tract infections.

Because of this, a dog with such illness should have a diet that is low in protein.

The opposite will cause a buildup of waste in the bloodstream which can make her sick.

In addition to a diet low in protein, a dog suffering from this condition also needs to eat foods with low levels of phosphorous and sodium.

Reduced phosphorous is particularly the most important. The low phosphorous content in the dog’s bloodstream slows down the advancement of the disease and increases the chances of survival.

High-salt intake (sodium) is also a no-no for a dog with kidney disease. The reason is that it increases blood pressure and may exacerbate kidney damage.

This means no salty cheese, deli meat, commercial dog food, and bread for your dog.

Instead, increase low-sodium treats including vegetables and fruits.

What Does Tuna Entail?

Tuna is a special type of saltwater fish that carries with it a lot of protein, magnesium, selenium, and potassium.

It is also enriched with vitamins B12, B6, and B3 as well as omega-3 fatty acids.

It helps support the immune system and support joints.

In general, Tuna is a great source of protein for dogs. For canines that cannot handle chicken, tuna makes for a great alternative. It is easy on the tummy and packs a punch in terms of nutrition.

Fish oil (one of the ingredients in tuna) is a common supplement in kidney disease-specific diets.

It is believed that omega-3 fatty acids from the oil have great benefits for canines with the condition.

What Kind Of Oil Is Good For Dogs?

Can I Give My Dog Over The Counter Fish Oil?

Is Tuna Good For Dogs With Kidney Disease?

With all the aforementioned nutrients, tuna is clearly very beneficial to any dog including the one with kidney disease.

It introduces plenty of minerals and vitamins that can boost the health and wellbeing of the pet.

The omega-3 fatty acids in it will reduce the inflammatory compounds that trigger oxidative stress to the kidney tissues.

Ultimately this helps in slowing down the progression of chronic kidney disease.

As mentioned before, the nutrients you want to stay away from include sodium, phosphorous, and high protein levels.

Sure, tuna has protein but if you keep it to a minimum of 14-20%, which is the required daily allotment for dogs with kidney disease, your dog will do just fine.

As long as you choose tuna with no added salt, you can feed small amounts to your doggie.

As you may probably know already, tuna is available in many forms. These include canned tuna (which is the most common), raw tuna, and tuna fillet.

Canned tuna (especially the kind derived from yellowfin and skipjack) is safe as long as it doesn’t have added salt.

Tuna fillet is also relatively okay provided it is not prepared in heavy oil, butter, or has lots of seasonings.

Onions and garlic are also a no-no to dogs, so keep that in mind as well.

Unfortunately, raw tuna is not safe for dogs. According to the AKC, it has mercury that can transfer to your dog.

The kennel club claims that fresh tuna has much higher levels of mercury in comparison to other fish sources including tilapia and salmon.

The reason is that tuna is a large fish that lives for quite a long time. As a result, it attracts high levels of mercury than other types of fish.

Rather than feeding your dog tuna, you are better off trading it with low-mercury fish such as those used in commercial pet food. These include herring, salmon, flounder, whitefish, and Arctic char.

If you must use raw tuna, keep the quantities very low.

If you go overboard, your pet will exhibit symptoms of mercury poisoning. These include hair loss, tremors, loss of coordination, and vision problems.

Although not usual, some dogs may have vomiting and diarrhea if they ingest too much mercury.

If your pet shows any of these signs, quickly rush her to the vet.

If your pooch loves tuna, you can feed it to him in small amounts.

Rather than using it as the main meal, consider topping your meals with it instead.

After mixing everything, line it on a baking tray and bake it in the oven.

Next, cut it into bite-sized pieces and store them in the refrigerator to be consumed as treats.

Tuna is one of those food sources with plenty of nutrition.

Humans and dogs alike can derive several nutrients from it.

If your dog has kidney disease, you can use it to add some omega-3 fatty acids among other nutrients to her system.

Just use it in small quantities and stick to canned tuna or tuna fillet for her safety.

What to Feed a Dog with Pancreatitis 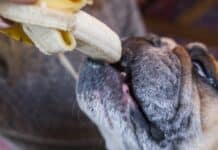 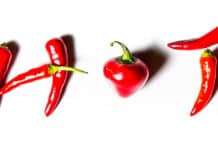 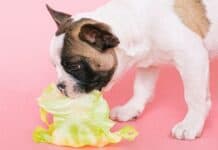