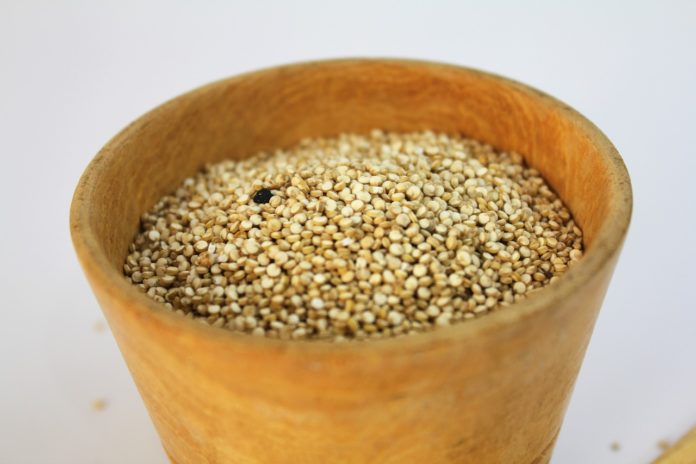 As a pet owner, your number one priority is to provide the best for your companion. This means evaluating the right practices and products to your pet’s routine on a perpetual basis.

If you’ve kept a keen eye on recent trends, you probably know about the craze surrounding grain-free dog diets in the market. Although grain has been central to a dog’s diet for several years, its benefit is being questioned in recent times. This has thrown dog owners in a panic mode.

Today, we will discuss Amaranth flour – particularly if it is good for your pet or not.

Amaranth is a common name for over 60 species of the Amaranthus plants, which are perennial vegetables characterized by green dense leaves and bright red, purple or gold flowers. Among the 60 Amaranthus species, only 3 are often cultivated for their edible seeds:

While several Amaranthus species can be perceived as little more than bothersome weeds, people around the globe grow Amaranth as vegetables, cereals, and ornamental plants.

Amaranth grain has a rich history in Mexico and is a native crop in Peru. It was cultivated by the Maya, Inca, and Aztec civilizations and some people have estimated that the plant was domesticated 6000-8000 years ago.

The Aztecs believed that the crop had magical powers that would give them amazing physical strength. This is the main reason why it became a staple food of the Aztec royalties. The Aztecs didn’t just grow and eat the crop but also used its grains as part of their rituals.

Over the past few years, Amaranth has become very popular as a gluten-free food and is considered to be the best alternative flour for people who need to avoid wheat and other common grains.

What about dogs? Can you give Amaranth to your dog? Is Amaranth safe for dogs?

The short answer is YES. Amaranth is good and safe for dogs. This is why it is increasingly being included in gluten-free recipes by most dog food manufacturers.

But grains in my dog diet? …NO way!

1.Grains Are Not Bad For Dogs

For a long time now, dogs have been thought of as carnivores. However, studies have shown that dogs are actually omnivores. One such study published by Nature revealed that the genetic structure of a dog has been made to digest both meat and starches.

Unless your pooch is allergic to grains, you can feed him a grain-based diet without any harm. If anything, grains are packed with nutrients, fat, and carbohydrates, all of which are good for the health of your dog’s immune system, skin, and hair.

2. Amaranth Is Not A Grain

Botanically, Amaranth is classified as a pseudo-cereal and not a grain. This simply means that is not technically a grain like oats or wheat but only used in a similar way and shares a comparable set of nutrients. Inside the inconspicuous seed of Amaranth are amazing nutritional qualities that no other type of grain can offer. We’ve highlighted a few below

Benefits of Amaranth for Dogs

Here are the top reasons why you should include Amaranth in your pooch’s diet:

Related Post: Plain Food Is No Longer Enough: 23 Vitamins and Minerals to Add To Your Homemade Dog Food
Related Post:12 Best Probiotic for Dogs with Allergies

How to cook Amaranth for your Dog

FDA is yet to give a green light on the use of Amaranth flour in pets but dog food companies are already utilizing it. Mixed with other flours like corn, rice, and oats, amaranth flour is a great meal for just about any dog.

However, as mentioned before, you might want to establish if your pooch can handle grains with no risk at all. Don’t worry; a huge percentage of them don’t have a grain allergy.

For more information on the best flours for your dog, check out this post: 12 Best Flours for Dog Treat Recipes