Home FAQs When A Dog Howls, Does It Mean Death? 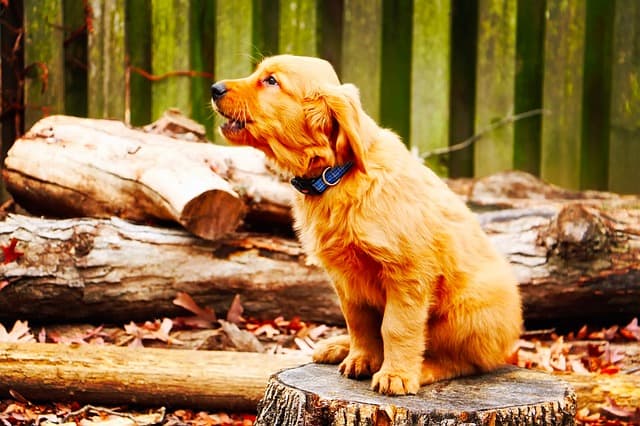 You have probably seen it in movies or Halloween soundtracks. When something bad is about to happen (usually death), a dog will look up into the dark sky and let out a howl.

Such a scene often takes place in the dead of the night. Moments later, a life will be lost.

While Hollywood doesn’t always depict real life, some of the things we see on-screen do take place.

If you believe in the tale that black cats shouldn’t cross your path as you will die, you are certainly superstitious.

You have probably wondered whether a dog howl truly means that something bad is about to happen.

It is worse if your beloved doggie howled before passing away. Does a dog’s howl signify death?

The Origin Of The Superstition

Movie writers didn’t coin the belief that dog owls are a bad omen out of nowhere.

For centuries (if not millennia), people have associated canine howls with death. Here’s a look at what different cultures believe in this aspect.

Does A Dog’s Howl Mean Death?

Superstition is one thing and real-life another. If you are not into weird beliefs, you will be happy to know that your doggie’s howl doesn’t really mean death is coming to the family.

According to the American Kennel Club (AKC), dogs howl to attract attention, alert you of impending danger, respond to high-pitched sounds, and acknowledge the presence of other dogs.

There’s no scientific evidence that dogs can tell when someone is about to die. If you’ve heard stories of people who heard dog howls before someone’s life expired, treat it as a big coincidence.

The truth is that the dogs howled for other reasons except for death.  In the pack, dogs made noise when strangers came around or when they were hurt and in need of some help. Other times, they howled just to make contact with the incoming dogs.

At home, your dog may howl for many reasons. You can tell what’s going on if you pay close attention to the behavior.

For instance, if your furbaby only howls when you are away, it means she suffers from separation anxiety. This especially rings true if the dog displays other behaviors such as scratching, digging, and pacing.

Howling can also be a way of your dog telling you that she’s not physically well. Maybe she got injured or suffers some kind of disease. Watch if he shrieks when howling. Visit the vet if you observe this.

Domestic dogs also howl when they hear high-pitched noises. These range from ambulance noises to high-pitched music sounds to shouting on the phone.

If your pet suddenly howls when she hears a high-pitched noise, switch it off and watch what happens next.

Why Did My Dog Howl Before He Died?

Many pet owners who’ve lost dogs noticed them making howling sounds before they made the transition. This is due to any of the following reasons.

1. To communicate their discomfort

Before dying, a dog is often in a state of discomfort. Some are in deep pain after being hit by a car or suffering from an illness.

Even those that die of natural causes feel some kind of body aching as they pass away.

Howling is a way of your doggie telling you she’s not okay.

Secondly, a dying dog may howl just to attract attention.  If the doggie is alone and in a delirious state, he will make some noise to direct some attention to himself.

If they just got hurt, they will howl to let you know that they need emergency help.

For a dog with a chronic medical condition, howling before death means their energy is leaving them.

There it is – the link between dog howling and death. It is clear that such a link doesn’t exist.

Dogs howl for plenty of reasons other than to say that someone will lose their life. They just don’t have the capacity to tell the future like that.

The next time your pet howls, don’t panic. Instead, find out why she’s behaving that way.

What Do Dogs Think About When They Are Alone?