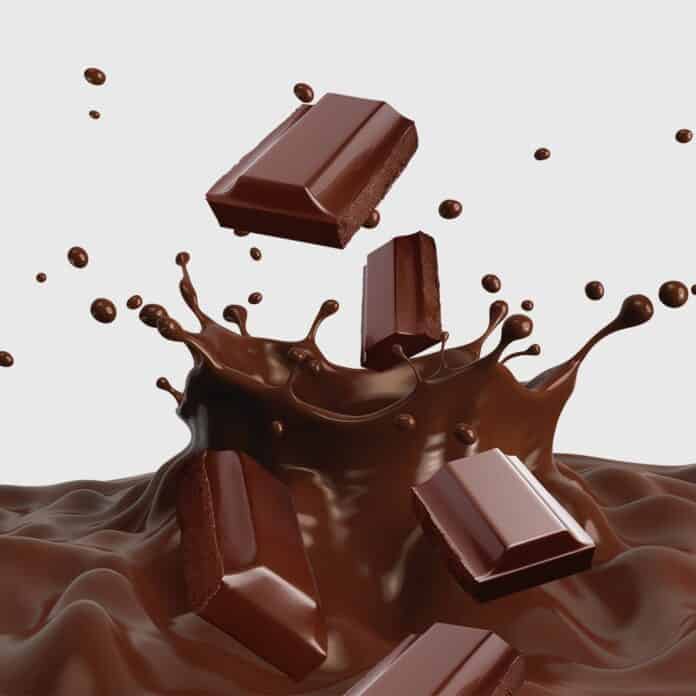 Your furry friend does so much for you. He cuddles with you, protects you fiercely, he is loyal, and plays with your kids.

At times, you want to share your favorite treats with him. Knowing how dogs love sweet things, it can be tempting to feed yours a bar of milk chocolate.

Why should you enjoy the tasty treat by yourself when you can share it with the dog?

Well, because you love your doggie—that’s why.

Some of our favorite foods are a no-no in the canine world. Milk chocolate just so happens to be one of them.

No matter how much you love your pet, desist from feeding her anything with chocolate in it.

In today’s post, we discuss why milk chocolate is not good for dogs.

In simple words, milk chocolate is a smooth and creamy indulgent treat.

Its taste and texture are heavenly, making it one of the most favorite treats. The combination of chocolate, cocoa, and sugar creates the perfect comfort snack.

The resulting mixture is then mixed with cocoa powder and chocolate liquor and finally dried to create a crumbly powder.

The couching stage comes last where the milk chocolate is carefully mixed under specific conditions. This gives it the velvety smooth texture we know and love very much.

Is It Bad For Dogs?

Many pet owners wonder whether milk chocolate is really that bad for their pups. Their rationale is geared towards the fact that milk chocolate has a lower amount of cocoa compared to dark chocolate.

The latter is bitter and darker in color because the amount of cocoa used is higher.

Milk chocolate has more milk than cocoa no wonder it has a creamier texture and sweeter taste.

We hate to break it to you but milk chocolate is still not good for your dog.

It contains four ingredients that should never find their way to your dog’s system.

Let’s go over them below:

If you’ve been a dog parent or enthusiast for a while now, you already know that chocolate and dogs are like oil and water. They simply do not agree.

According to the American Kennel Club (AKC), chocolate contains a toxic substance known as theobromine which is an alkaloid.

Theobromine acts as a stimulant—much like caffeine is to human beings.

The canine system doesn’t have the enzyme to digest the alkaloid. As a result, it overstimulates the dog’s central nervous and cardiac systems leading to abdominal pains, seizures, dehydration, increased blood pressure, vomiting, and death.

To add to that, chocolate contains methylxanthines which are other forms of stimulants. These are similarly toxic to dogs.

AKC goes further to say that cocoa powder is the most toxic followed by unsweetened baker’s chocolate and thirdly semisweet chocolate. Dark chocolate comes fourth with milk chocolate being last on the list.

Mild toxicity occurs after consumption of 20 mg of methylxanthines per kg of body weight.

In simple terms, milk chocolate, despite having the lowest amount of toxins, is still not the best treat for your pet.

As mentioned, milk chocolate’s other main ingredient is milk. Like chocolate, milk just doesn’t sit well with many adult dogs. This is because of lactose—a sugar present in milk.

Granted, puppies produce lactase in plenty to digest milk. However, as they grow and are weaned from the milk, their bodies stop producing lactase or produce it in small amounts.

Lactose intolerance in dogs varies with individuals. Some have enough lactase to digest milk while others don’t have the enzyme at all.

Consuming milk can cause mild GI distress or nothing at all while in some cases it can cause severe clinical signs.

As much as you love sugary treats, don’t create a habit of feeding them to your sweet pup.

For one, sugar adds no real value to the dog’s body according to PetMD.

On the contrary, too much of it causes inflammation. It messes with the balance between the good and bad bacteria in the gut causing your dog to have tummy upsets.

Sugar also leads to oral cavities as it depletes the minerals in the dog’s enamel.

Finally, it also causes obesity if consumed in excess and over a long time.

Some milk chocolates use a sugar substitute called xylitol to make chocolate. While this is safe for humans, it is the worst kind for our furry friends.

Xylitol can kill a dog in a flash. This is because it causes a huge increase of insulin in a dog, causing all kinds of symptoms including kidney failure, liver failure, hypoglycemia, seizures, and death.

The sugar alternative can deliver its ill effects in a short span of time. It is the main ingredient in gum, and sugar-free baked goods, and in rare instances, milk chocolate.

When all is said and done, milk chocolate is bad for dogs. There’s no shortcut around it. It has some of the worst ingredients in the dog toxicity meter.

No matter the size of your dog, don’t risk giving your dog a bar or two. You never know the actual amounts of theobromine and methylxanthines in there. If they are enough to cause toxicity, you will soon be rushing your dog to the vet.

Not only will that hurt your pocket but it also compromises the health and wellbeing of your beloved pet.