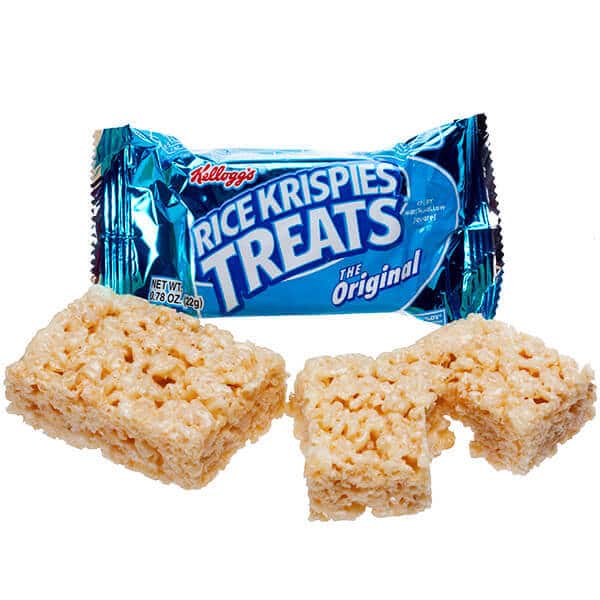 Rice Krispies are one of the most popular breakfast cereals in the United States and have been since their introduction in the 1920s. They are delicious and easy to work into a busy morning routine, ensuring that you never miss your breakfast and stay healthy. But can you share these puffed grain cereals with your dog? Well, we’ll find out shortly but before then, let’s understand a few basics…

How are Rice Krispies made?

Essentially, Rice Krispy is rice that has been oven-popped—the same way popcorns are popped. However, since the normal rice doesn’t contain moisture which is a vital element in the popping process, the production process of Rice Krispies is a bit more detailed. For instance, while the process starts with rice, the final product is not individual popped rice grains.

The rice is first ground into a paste, in which sugar, salt, vitamins, and malt flavorings are added. The paste is then molded back to rice-shaped grains, which are then cooked, dried, and toasted. It is the final toasting process that is done the same way popcorns are popped—the moisture inside the molded rice grains turns into steam, making the whole thing to pop and create the texture of your typical Rice Krispies.

The leading ingredients in most brands of Rice Krispies are:

So, Can dogs eat Rice Krispies?

Based on the above list of leading ingredients, there are a few concerns you need to keep in mind, especially if you plan to allow your dog to consume large quantities of Rice Krispies:

The malt barley flavoring (which is often used to enhance the flavor and nutritional value of Rice Krispies) is believed to contain a small percentage of gluten. So, if your dog is intolerant to gluten, consuming Rice Krispies may make him develop several complications. Gluten intolerance can cause a number of unpleasant symptoms in dogs including poor coat condition, diarrhea, weight loss, stomach inflammations, fatigue, ear infections, and general ill-health.

So, if your dog is gluten-intolerant and you have to share Rice Krispies with him, choose non-malted or gluten-free options. Plain Rice Krispies are also good alternatives because they are mainly composed of rice and nothing else.

Allowing your dog to consume large quantities of Rice Krispies could also expose him to too much sugar. Excess sugar is linked to several health risks in dogs including tooth decay, weight gain, diabetes, blood glucose spikes, and behavioral issues.

Another ingredient of concern in Rice Krispies is sodium. A 30g serving of Kellogg’s Rice Krispies is estimated to contain 0.7g salt—the same amount of salt in a packet and a half of crisps. Your dog cannot tolerate this amount of salt as salt tolerance in dogs is generally lower than that of humans. Too much salt can cause dehydration, blood pressure, hypernatremia, and even sodium poisoning.

Apart from the added vitamins, Rice Krispies lacks in other nutrients—it is mainly composed of calories, which is a valid concern if you care about your dog’s health. Most dogs are active and may not have any issues with burning calories. However, if you have a lazy dog breed or an elderly dog that is not active, snacks with high-calorie contents like Rice Krispies can lead to weight gain and obesity if fed too often.

It is this Marshmallow ingredient that may make Rice Krispy treats toxic to your dog. If it contains Xylitol, for instance, it can be extremely harmful to your dog, even in small quantities. Xylitol toxicity in dogs is known to cause dangerously low blood glucose levels, which leads to extreme seizures and even death. It is also toxic to dogs’ liver—even days after ingestion.

Marshmallow creams also contain high contents of sugar and calories, which can be dangerous to your dog if he has diabetes and weight problems. Even if the Marshmallow cream doesn’t contain Xylitol, allowing your dog to consume too many can cause gastrointestinal issues. In other words, your dog is likely to exhibit signs of diarrhea, vomiting, and lack of appetite. And if the mentioned symptoms continue for 1-2 days, your pup could also be at risk of pancreatitis.

Another ingredient of concern is Tetrasodium Pyrophosphate, which is often infused in the cream as a preservative. The ingredient is believed to promote aging, renal disease, and damaged blood vessels.

BHT (Butylated Hydroxytoluene) is another worrying ingredient that’s often included in Rice Krispy treats as a preservative. It is believed to be carcinogenic and to cause liver and kidney damage in dogs.

Contact your vet immediately if you find out that your pup has accidentally consumed large quantities of Rice Krispy treats containing marshmallow cream. Your vet is likely to induce vomiting if your pup consumed the treats within the last couple of hours to prevent potential or prolonged gastrointestinal upset, GI obstruction, or pancreatitis.

Since Rice Krispies is just a simple breakfast cereal made using natural rice grains, it is safe for dogs to eat. However, only feed small portions and sparingly as they are basically empty calories and carbs that your pup doesn’t need in his diet. Every time you decide to share this breakfast cereal with your pooch, beware of sugar, sodium, gluten, and marshmallow concerns as well. Most importantly, call your vet immediately you notice any abnormal signs in your dog after consuming Rice Krispies.