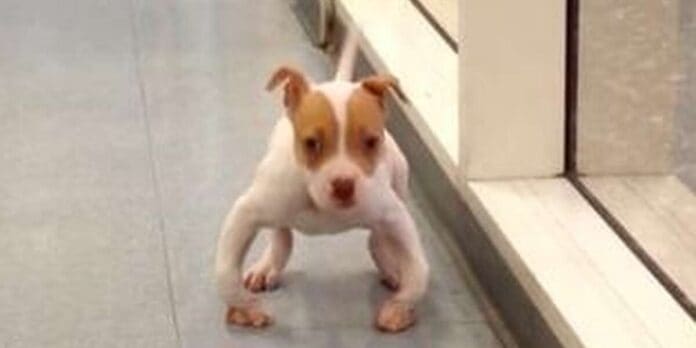 Canine leg deformities come in their shapes and sizes. One of the most common ones is bow legs—a condition that is common among French bulldogs, Corgis, and Dachshunds.

If you’ve ever laid hands on a dog with this condition, you will agree that it compromises the beauty of the pup a lot. Most importantly, it can cause problems for him down the line.

Fortunately, with early diagnosis, the problem can be eliminated.

In this guide, we will discuss a few facts every owner should know about bowed legs in dogs.

What Is Bowed Legs?

In simple terms, bowing out is a leg deformity that causes the legs to appear curved or bowed out rather than straight.

It is mostly a puppy problem but adult dogs can also suffer from it.

Bow legs present in different ways. In the front legs, one limb can grow faster than the other compromising its shape. Other times, inverted growth of the leg bones leads to bow legs as well.

Most bow-legged canines have curved front legs but you can also find some with bowed hind legs as well.

What Causes Leg Bowing In Dogs?

A puppy is meant to grow gradually to give her bones and cartilage enough time to develop.

When the process is hurried, the fast-growing body may exert too much pressure on the limbs causing leg deformities. This is especially true for heavy breeds.

Essentially, the cartilage and protein of the bone are framed at the growth plate. This happens to be a very soft area that can succumb to pressure easily.

As the young dog puts on weight in her body, it may exceed the limit of the growth plate resulting in curved or brandy legs.

Like in humans, bones rely on certain vitamins and minerals to develop optimally. These include calcium and phosphorous among others.

A growing puppy needs a lot of vitamin C and vitamin D to create solid bone and teeth.

His diet must have the vitamins and minerals in sufficient quantities. If it is lacking in any of them, soft bones are inevitable.

A growing puppy has until around 12 – 18 months before her growth plates close up.

Right about this age, the soft cartilage that once formed the bone mineralizes and hardens into solid bone.

In the sad event that she gets an injury before the plate matures and becomes hard, some of the cells may stop growing. In the end, the leg will appear uneven and bow-legged.

Accidents can occur if the puppy is dropped from a high place or gets knocked by a moving car or bike.

Although rare, genetics can be a cause for bowed legs among dogs.

If your pooch’s parents had bow legs, you might want to watch her closely.

These genes can be passed down from generation to generation.

Bow legs in dogs start presenting as early as 5 and as late as 12 weeks of age. This is the period most dogs go through the first growth stage.

The symptoms can appear suddenly. The puppy can be okay in the morning just to see her with bowing later on in the day.

Some puppies don’t exhibit clear symptoms of leg deformities at first only for them to present later on.

Some of the symptoms of this condition include the following:

Unless you are very keen, some of the symptoms will pass you by.

The minute you notice that something is off with the dog, err on the side of caution. Call the vet and have him do checks on the dog.

If the deformity is caught early enough, it can be treated permanently.

Having a crooked leg is not really an issue of the dog’s breed.

Often, it has to do with the aforementioned factors such as nutritional deficiencies, genetics, fast growth, and injury. Still, some breeds are more at risk.

Bowed legs is actually a breed standard in bulldogs according to the AKC. As long as the dog has short and stout forelegs that are muscular and have a ‘bowed out’ outline, the dog qualifies for the show ring.

The dog expert puts a disclaimer, though, that the bones of the dog’s legs should neither be curved nor brandy.

In Corgis, Boston Terriers, Basset Hounds, Pugs, Pekingese, Skye Terriers, and Dachshunds, the bowing is a result of a genetic mutation referred to as ‘acondroplasia’.

The gene converts cartilage to the bone making the legs appear deformed. This is often accompanied by bowed forelimbs.

Can You Fix Bowed Legs in Dogs?

While most young dogs suffer from bowed legs, some carry the condition into adulthood.

If yours shows any signs of having leg deformities, don’t panic. There are several treatment options you can consider.

Changing the dog’s diet can take care of the problem once and for all.

Other treatment options include putting braces on the dog, doing massage therapy, and removing a certain part of the plate or bone.

In very rare circumstances, the limb may need complete removal.

However, surgery is the best route for straightening the legs and giving the dog a new lease of life. It has a high success rate compared to other treatment options.

Sure, it is invasive but totally worthwhile. The vet will recommend either stabilization or corrective surgery.

As mentioned, there are different surgeries undertaken for a dog with bow legs. Each is unique in its own way including cost, post-op care, medication, you name it.

On average expect to part with $1K – $6K depending on the specific procedure, the vet, your location, and other factors.

The costs cover everything including consultation, CT scans and radiographs, and the procedure itself.

This is a lot of money for the average Joe. However, because it directly impacts your dog’s quality of life, it is a worthy cause.

If you have pet insurance, you will be saved from some of the costs.

Is It Normal For Dogs To Be Bow-Legged?

Puppies typically have bowed legs. Owners who cannot distinguish from the actual condition of having curved legs and puppy legs can be worried sick at the sight of their bow-legged fur babies.

Development causes the dog limbs to exhibit curvature. However, as the dog grows up and the growth plate becomes stronger, the leg should straighten up.

As said before, certain breeds have bowed-out legs. The bulldog is one such example. It is this very condition that gives the breed its signature rolling or shuffling gait that we love so much.

Once in a while, you will find a bulldog with straight legs but mostly it turns out a bit. This is different from bow legs that result from any of the causes mentioned in this guide.

A dog with bow legs can be the cause of stress and concern in any dog parent.

Thankfully, something can be done to correct the problem.

Some of the treatment options will cost you an arm and a leg but it is a valuable investment. 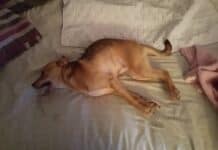 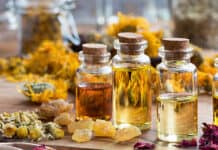 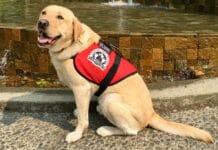